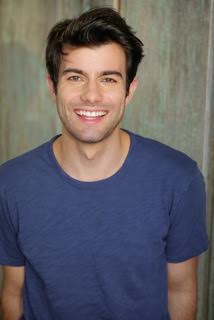 Just Charles Campos’ acting reel and it was inspiring, to say the least. Here’s a guy who came from France, speaks French, German and fluent English and keeps getting these cool acting jobs. Why can’t I be Charles Campos? He’s got everything that’s’ needed to be a great actor (which he is, by the way). He’s handsome, physically fit and he can remember his lines and say them convincingly.

I read a little about Mr. Campos and he was always physically fit, and I presume always handsome too. He grew up snowboarding in the French Alps and if he wasn’t doing that then he was busy playing music, singing or acting in short films and plays. Such a life! Since he knew that he wanted to be in the entertainment industry early on he just stuck with that path and after graduating from college he began getting acting jobs thrown at him. The movie business must have been keeping its eye on Charles because he got acting jobs so quickly that it made some people question whether or not Charles might not be the hidden son of someone like Steven Spielberg or some other famous producer who could grease the proverbial wheel for this young man. Of course, we found out the truth after a little investigation. Charles does actually have all that is needed to be the successful actor on his own. He’s good looking, as we mentioned, he can remember his lines – and he’s extremely talented!

With all of those attributes it’s no wonder Charles got into some really solid movies and gave some great performances. Midnite Cabby was a very funny feature-length film that Charles was in and he was just great. The movie was terrific and can be seen on Amazon and so can Charles. Another cool film he was in was the award-winning Soliloquy, which won the top award for Best Short film at the Nice International Film Festival, which was no small feat.

Charles has done and is doing a ton of commercials, short films and features and his career looks like it is going at full speed with now stopping in sight. He is currently involved in a feature film that’s in preparation called The Silk Road, along with several other projects. We think that Charles needs a vacation because he is one of the busiest actors we’ve seen in quite while. Okay, maybe a short vacation.

The 2015 Miss Universe Pageant ends with arguably, the biggest tv fail of the year. Host Steve Harvey, instead of announcing Colombia as the first runner up, declares her as the winner and new Miss Universe. After several minutes, he returns to the stage to apologize and make things right.

A PERFECTIONIST WITH HER WORK AND CREATING MAGIC- FILMMAKER ANNA SKRYPKA

The interesting thing about movie producers is that they get things done –the show must go on. The old saying, “If you have something that needs to be done quickly, give it to the busiest person,” most definitely without a doubt, applies to the film producer. Anna Skrypka, the prominent Hollywood producer from Ukraine, understands […]

EMMA POTTS: SKETCHES FROM A DANCER

Actor Emma Potts is known for her versatile roles on the big screen and on television, including ‘Pimped’, ‘A Nation, Found’, ‘Torment’ and ‘The Checkout’. Emma’s performance in the film ‘Pimped’ alongside CW’s ‘Gotham’ star, Benedict Samuel, and Ella Scott Lynch, was awarded Best Australian Feature at the 2018 Monster Fest Festival. Emma also recently […]