1. Your new recording is set to be released in August, tell us about your release and how many songs?

Dan Seitz, guitar, lead vocals: It’s a three-song EP consisting of tunes I recorded and released with my girlfriend, Marie, several years ago. Back then I played all the instruments myself, and Marie and I did the vocals, mixing, and mastering in our home studios. I’m very proud of the songs, but they weren’t all they could be. Scott, Mikey, and Joe have definitely helped breathe new life into them, and having Pete Deboer engineering and Ricky Brewer producing is going to take them up several levels!

Mikey Chavez, bass: It will be an EP of three songs. Good ones.

2. Is there a tour planned for this release?

Dan: We’re planning an EP release party towards the end of August or maybe September, and I’m hoping that’ll lead to a tour and maybe recording a full-length album, and then another tour! I dream big.

Mikey: Yes, we have a vast international tour planned for four corners of the globe, and the international dining that goes along with all those travel plans. We’ll just have to see how that goes. We may have to settle for having McDonalds off the late night menu in Pacoima for now.

4. How did you meet one another?

Dan: I put ads on Craigslist. Luckily there’s no shortage of great musicians in Southern California. The guys answered the ads, learned the material, and auditioned. Thankfully they’re all cool cats as well as talented players, and I feel very blessed to play alongside them.

Scott: I replied to an ad for a guitar player, that’s how I met Dan. And the studio was just three blocks from my house, who knew?!

Mikey: A massage parlour in Amsterdam.

Joe: I answered an ad on Craigslist. 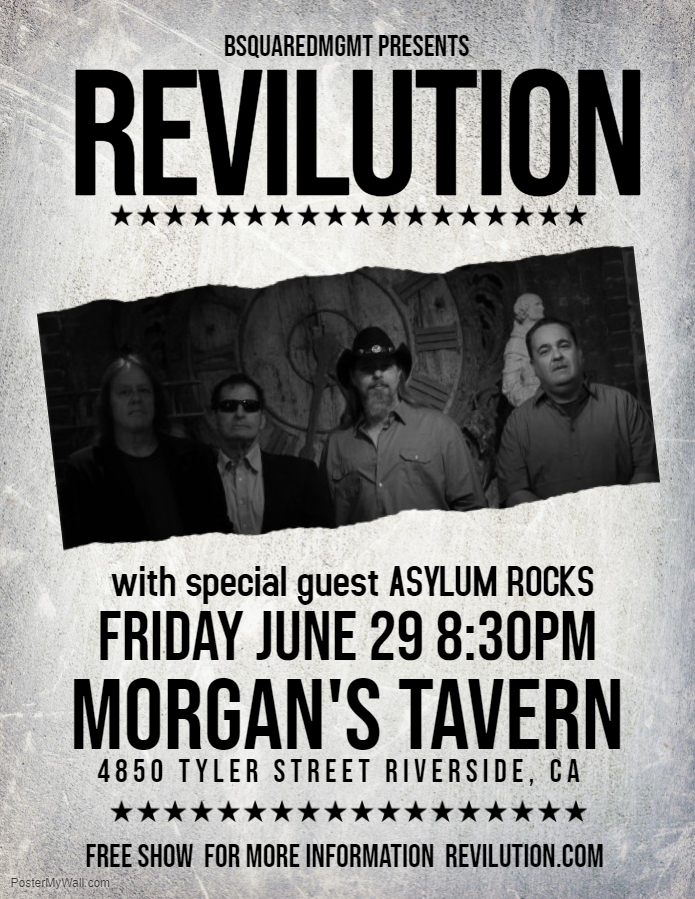 5. Who are your favorite classic rock bands to see live?

6. Who are your favorite modern bands of today?

Mikey: REVILUTION, Clutch, All Them Witches.

7. Any local favorite bands in LA?

8. Where do you like to go to see live music in the LA area? And where can we see you playing soon?

Dan: The Whisky is my favorite place to see bands in LA, there’s such a great history there! Our next gig (June 29th) is a local watering hole in Riverside called Morgan’s Tavern, but after that we’re going to be hammering away at the songs for the EP. Once it’s ready, we’re going to have a killer album release party, date and time TBA.

Mikey: Anywhere there is decent music. Also helps if the place don’t smell like the bathroom.

Joe: On Sunset. I like to go to the Whisky A Go Go, The Baked Potato. And anywhere in the LA area, too.

9. If you were stranded on a desert island what 3 things could you not live without?

Mikey: Both hands and my other foot.

10. Thanks for this interview. Let our followers know how to get their grubby paws on your new recording and how to follow REVILUTION on social media.

Joe: And thank you!

Born Dan Hanecak and known to the rap/music world as DH, some would say this unique artist mimics a sound similar to Eminem mixed with a hint of “Weird Al” Yankovic of the new generation. With his unique creativity, he has created a sound of his own that stands apart of any artist out there […]

Adrian Rubin is a native New Yorker that currently resides in Brooklyn and works as a creative director. Born in Beacon, he grew up in the Dutchess County before moving for work. Most of his current projects operate on a freelancing-basis as he continues working with old clients. In his youth, Adrian Rubin often expressed […]