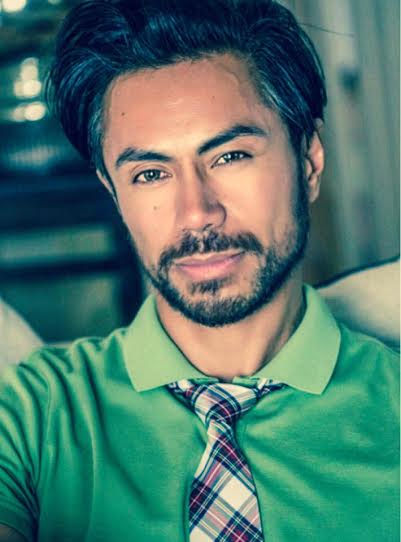 How does someone go from a highly successful Financial and Probate Law career to becoming one of the most recognizable international models and TV hosts and presenters in the world? What…you’ve never been asked that question before? Where have you been? Well, the short answer is: The person in question found a magic lamp with a Genie in it and got all of his wishes granted. Okay, the real answer is almost as magical: Sam Tautua was discovered by a modeling agency while hosting a show and interviewing designers at Sydney, Australia’s Fashion Week. How’s that for magical?

Actually, this most exemplary and handsome specimen of the human form had been discovered twice before by agencies but he was too busy having fun at his 9 to 5 job to run away with that circus. But, just like in fairy tales and movies, the third time is usually the charm and so, Sam decided to take a chance and he jumped in with both feet. He then immediately signed a contract for a global ad campaign for Australia’s tourism, which put his face on tons of billboards all across “Down Under,” Europe, Asia and the United States, where he now lives by the way.

That stunning and surprising success for Sam only made him more confident that he did indeed make the right decision for a career. He has modeled and done commercials and been the spokesman for uncountable major brand names that are internationally known and now he, too, has become a brand of sorts – the Sam Tautua brand. Once you’ve seen his face and sensed his personality, you never forget it. He has arguably the greatest smile this side of Matthew McConaughey and he has the presence factor equal to any of the top actors in the world today.

Sam was nominated for British Male Model of the Year when he was just beginning and since then he has been one of the most in-demand models/hosts on both sides of the Atlantic and the Pacific. He’s done numerous international and national ads and commercials for companies such as McDonalds, Ford Motor company, Nissan, Budlight Beer, BMW, and the list just goes on and on but we don’t have enough room in this piece to name them all.

Sam is developing a TV show with partners in New York City, that he will host. In the meantime, we’ll have to be satisfied watching him in commercials and thumbing through magazines for his print ads.

In a society where the words “I love you” scare even the bravest of us all, where keeping things casual and terms like “we’re talking”, or “we are just chillin” are the rule; and where the status of a relationship is determined by whether or not is official on Facebook, the art of dating can […]

Check Out This Video

Ethan Donbavand – Back for Christmas

If you have been reading our articles here on CelebsFans.com you will have come across an article we published on MTV Love Squad regular, Ethan Donbavand. In our last interview we reported “Mr Donbavand is rumoured to make a return to TV this winter in a new show, keep an eye peeled for him in […]