Garza has been leaving her mark around the world as one of the few hispanic female artists. Her sold out shows in several destinations, including Miami, Las Vegas, and Los Angeles confirm that she has won the hearts of American art lovers. Her fans and collectors range from American real estate moguls to the owner of Playboy Mexico, who supported Garza at one of her recent shows in Las Vegas.

Gilda’s artistic ability comes naturally, her mother and grandmother were both talented painters. Her family are who inspire her artwork each day; this is seen through her strong, yet elegant, depictions of women in her work. Her use of playful colors and strong imagery create masterpieces that are inspiring, fun, and meaningful all at once. 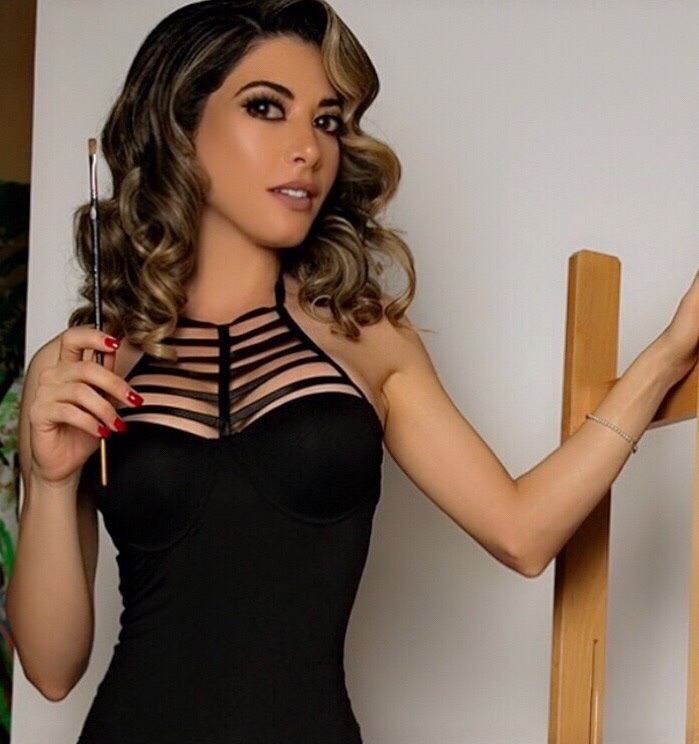 The subjects of Garza’s portraits have included historical female figures, such as Frida Kahol, and iconic athletes, including boxing champion Canelo Alvarez. The portrait of Canelo Alvarez depicts him holding up a title belt after winning a championship match. The day after Alvarez received the portrait, he won the most important match of his career. Fans of both Garza and Alvarez alike claim the portrait to have been his good luck charm.

With Gilda’s fan base is steadily growing around the world, she is definitely an artist to keep an eye on.

How does someone go from a highly successful Financial and Probate Law career to becoming one of the most recognizable international models and TV hosts and presenters in the world? What…you’ve never been asked that question before? Where have you been? Well, the short answer is: The person in question found a magic lamp with […]

J. M. Pozon an award-winning author, writer, poet and novelist is back with a new book Star Dust

Who is the rising star behind the book “star Dust?” J. M. Pozon an award-winning author, writer, poet and novelist is back with a new book Star Dust: From Heaven To Earth we Fall. A celebrated author in the literary community, she garnered much acclaim for her fiery romance novel “Setting Fire to the Darkness” […]

EMMA POTTS: SKETCHES FROM A DANCER

Actor Emma Potts is known for her versatile roles on the big screen and on television, including ‘Pimped’, ‘A Nation, Found’, ‘Torment’ and ‘The Checkout’. Emma’s performance in the film ‘Pimped’ alongside CW’s ‘Gotham’ star, Benedict Samuel, and Ella Scott Lynch, was awarded Best Australian Feature at the 2018 Monster Fest Festival. Emma also recently […]