The Short Film  “ JQK&A”  directed and produced by Yan Li and co-produced by  Dwaraka Phalgun Guttikonda is set for its debut thus fall. The campaign will basically run online.

Yan Li grew up in China and was inspired by watching  films from video rental stores to become a director and producer ,similar to his idols director, Louis Malle, “My Dinner With Andre”  and successful independent film producer Harvey Weinstein who has launched the careers of such  cinematic auteurs  as Steven Soderbergh, Quentin Tarantino, and Robert Rodriguez.

Dwaraka Phalgun Guttikonda grew up in India and although his family  encouraged him to  pursue a career in engineering. Dwaraka’s first love was film and he knew in his heart that he  wanted to be an actor.  So, Yan Li and Dwaraka began separate  journeys halfway across the globe but would end up meeting in  Hollywood California , by mere chance.

It was one faithful night where Yan Li happened to catch one of Dwaraka’s stage performance at the Hudson Theatre in Los Angeles. Backstage the two would meet , converse , discuss their mutual love of film, and this would lead to what promises to be an ongoing collaboration with their first film being the short “JQK&A”. 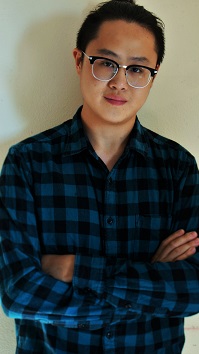 “ JQK&A”  is an intense action inspired psychological thriller. The whole story mainly talks about three different identities, who seemed had no connections, gave themselves up in the same day, which pointed to the same crime happened years ago.  Li wrote and developed the project and his actor friend Dwaraka climbed on board as the lead character and co-producer of the project.  “JQK&A”   borrows  many beats from such films as “The Departed” and “Jason Bourne”, yet remains  completely unique in its nuances and sensibilities. It is that unique style of entertainment that both  Guttikonda and Li , plan to successfully  bring to overseas markets like China as well as the rest of the world, creating more opportunities for creative exchange  in filmmaking due to their expertise of what both American and international  film audiences desire.

Yan Li explains, “the good and the bad characters are too extreme in some of the police theme movies, which makes plots boring and predictable. Who says bad people are born morons? Doesn’t everybody make mistakes? So my story  “JQK&A”, was based on this foundation to develop the story line. It seemed that Joker in the film “The Dark Knight”  was manipulating everybody, however, he represented the underclass citizens, rebelling and revenging towards the so-called upper-class society. Nowadays, we live in a society regulated by law, however, the law was never made by ordinary citizens. Sometimes, the authorities could use law to leverage and adjust the social balance. Such social conflicts are the theme of this movie.”

Be sure to check out  “ JQK&A”  as  it makes its release this fall.

Abou Traore: From The Streets To The Stage

A natural star, Abou Traore showcases his skills, performing with the famed company, Cirque du Soleil. Born in Guinea and raised in France, the performer was inspired from a young age through his love of soccer. It seems that being a performance artist was in his blood given that Abou Traore’s older brother was also […]

Award-winning director, cinematographer, and a storyteller After making his screenwriting and directorial debut, Dallas-based video production visionary Alex Kinter recently received a record 20 international laurels from the world’s most prestigious film festivals for his short independent mood film, “Poolside.” Among his increasing wins, he has been awarded “Best Short Film” by the Indie Short […]

Chelsea Ingram’s new work Keep Calling has its New York debut at the world renowned Hudson Guild theatre. The play is a gripping insight into the ever lasting effects of forbidden secrets. Directed by award winning director Herman Pretorius, the play entrances the audience into a world of hesitation and devastation. Actors Chelsea Ingram and […]