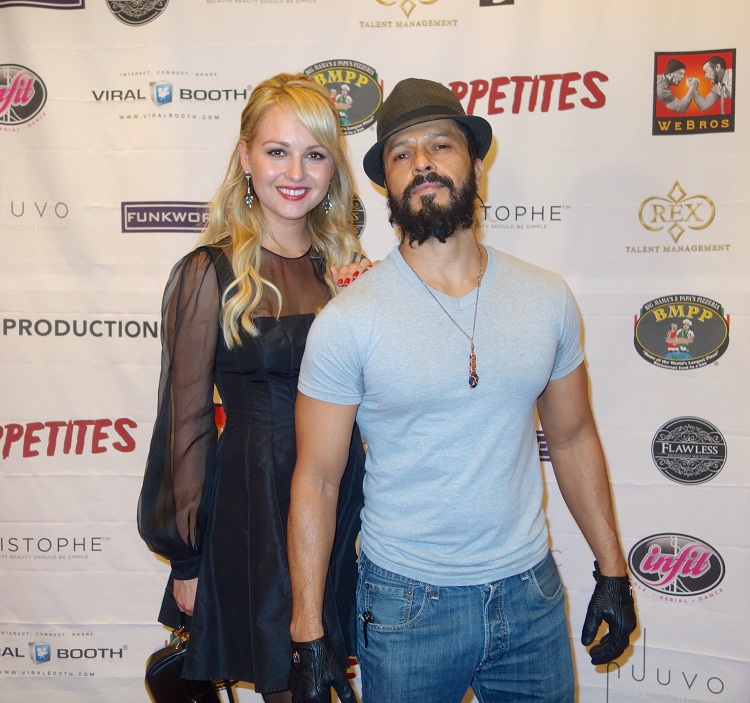 The interesting thing about movie producers is that they get things done –the show must go on. The old saying, “If you have something that needs to be done quickly, give it to the busiest person,” most definitely without a doubt, applies to the film producer. Anna Skrypka, the prominent Hollywood producer from Ukraine, understands everything about this. She understands it because she has lived it and knows what working long hours into the night, day after day really means.

Not  only has Anna created some traditional and incredible feature-length movies, commercials and music videos, but has also had success with emerging short form content such as digital series and bringing it to life. She is creating a big stir in the town that was built on the shoulders of not only dreamers and storytellers, but also by people like Anna, who are driven to achieve and to create. She also co-founded her own production company with her partner, Charles Ancelle.

Anna seems to have the golden touch –many of her films have been award winners and the features that she’s produced have garnered great reviews and have done very well at the box office. Waves, a feature-length film she produced in the Philippines, had a wide release and was directed by Don Gerardo Frasco. The stars in the film were well-known Filipino actors Baron Geisler and Pilar Pilapil. The movie went on to become an international hit and coincidentally, it also became an important historical document showing what Cebu island looked like before it was destroyed by a powerful storm. She and Don Gerardo Frasco are in pre-production for another big movie to be shot in the Philippines in 2017.

At Last, one of the countless short films Anna has produced, is also receiving a great deal of attention at film festivals and she is considering transforming it into a feature film. She is also developing another feature that is about an Eastern European girl who is caught in a net of sex trafficking. She has to suffer through the hell of the underworld in order to save herself and the other innocent women she meets while she is in captivity.

Anna, as we said earlier, is used to working long, hard hours just to bring perfection to the big screen. She is a true producer and her movies always demonstrate her unfailing determination to get the absolute best possible product to the audience. If you have something that needs to be done quickly and with the best people involved, please give it to Anna, she really is the busiest person in the room!

Silent Auction Of Items From Amazing Female Artists And Creatives

Last month, in celebration of Women’s History Month, Fiverr brought together some of today’s most innovative artists and entrepreneurs who are working their creative powers and owning it! As part of this event, Fiverr held a silent auction of items from amazing female artists and creatives, with proceeds supporting various causes for women. Guest Panelists […]

Today we are going to give you all the hottest and latest news about actor James C.B Gray. James C.B Gray is a Professional Actor, Film Producer, Drummer and a remarkable Civil Rights Activist. James is taking the industry by storm, he is determined to continuously expand his success and make an impact on others […]