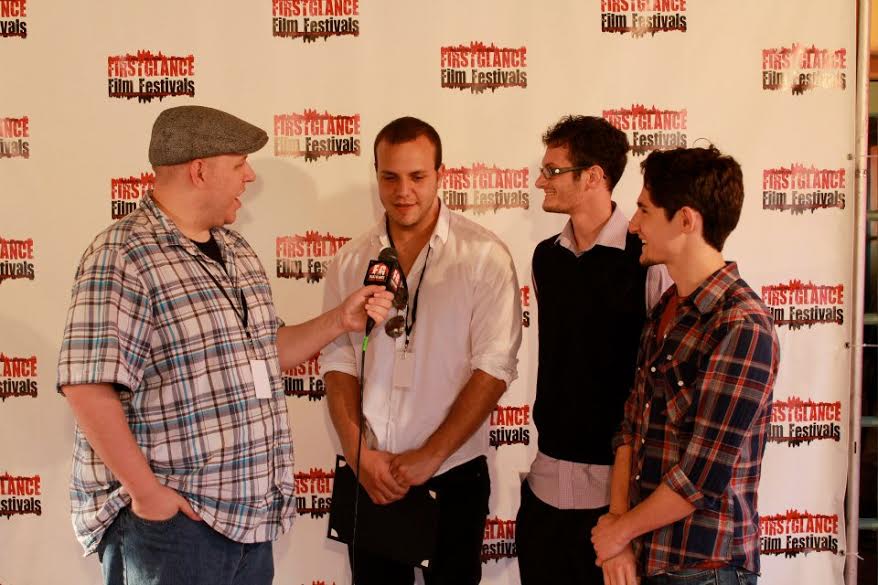 I saw Departure again. You can see it on youtube whenever you like, which is a real pleasure and convenience if you want to see a good film. It has millions of views so it’s not like it’s an obtuse piece of work that only a few of the film elite will see. It’s a mainstream science fiction short film that is pleasing to the eye and to the heart. It brings you into a world that you haven’t seen before and probably and hopefully will only experience through the very interesting characters in this great little film.

Roy Arwas edited this beautiful, other worldly piece of work that invites the audience to forget where they are for the moment and enjoy a new and distant universe that is about to transform into something else in the next few moments. The set up is superb, as well as the cinematography and especially the editing. I can’t say enough about the fabulous and quite subtle visual effects so let me just say they are stunning. Roy Arwas, the hardworking film editor on the project, spent 30 days on them and he really knows what he wants and how to achieve the desired effect when he wants to.

He has edited over twenty films and music videos and each one is breathtaking in its own right. Whether it’s two (or three) people in a car or a brother and sister on a doomed planet, we can watch the scenes play out and actually feel that we are there with those characters. That’s how powerful his editing talents are. We have no choice when we watch a film edited by Roy Arwas – we have to interact with the people up there on the screen. He knows just when to make the edit and when to smoothly transition from a close up to a medium shot to a long shot – all for the effect it will have on the emotional impact of the scene and the overall sense of story in the movie. The editing is subtle, but that is the sign of an experienced professional. He simply knows when to clip a scene and precisely where to clip it.

We asked Roy what advice he would give to new filmmakers and aspiring editors and he told us that at first it’s extremely difficult to keep your eyes on your goal, it’s easy to lose focus. To be successful at editing or in filmmaking in general, you have to stay focused and you have to be persistent, even if you feel like you’ve lost your motivation. Ultimately, you will reach your goal and then you’ll want even more – and nothing in the world can stop you at that point.

Apparently, Roy has reached that point because he seems to be unstoppable. He and his partners at Gearmark Productions, have a goal of making a film every thirty days this year and we think they are going to do it. In the short time Roy has been in the film industry, he’s developed quite a body of work, and it looks like he’s never going to stop perfecting his craft. Nothing is ever going to stop this young man and we can’t wait to see what he’s going to do next.

Kainawa Delivers Package to the World

For years the slang “Package” or “Packaging” was mainly used in West African circles, but now that trendy adjective has gone global thanks to United Kingdom based Sierra Leonean artiste Kainawa, and his debut catchy tune aptly titled “Package.” The term, which is used in a similar context as popular buzz words “Fleek” and “Turn […]

TAKING ON THE WORLD OF FILMMAKING- BADR FARHA

What can you accomplish in four years? Good question. Well, you could pay off a new car in that time, or get a college degree, or dig a really big swimming pool or…you could, if you had the drive and the talent and the confidence, begin a new career in the film industry. Does that […]