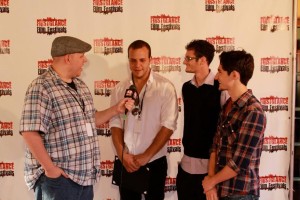 He’s such a talented guy and how lucky he is to have one of the best jobs in the whole world. A lot of people would give their right arm (well, maybe that’s an exaggeration) to be in Charles Ancelle’s place. He’s a writer, director and producer of some pretty cool films. Two of his […]

This 60th Annual Grammy Awards were held at Madison Square Garden in NYC this year, after a 15 year residency in Los Angeles. Here are our picks for the best dressed that stepped out onto the red carpet in the Big Apple last week. Zayn Malik, Common, Diane Warren, Lovari, Cardi B, SZA, Lady Gaga.