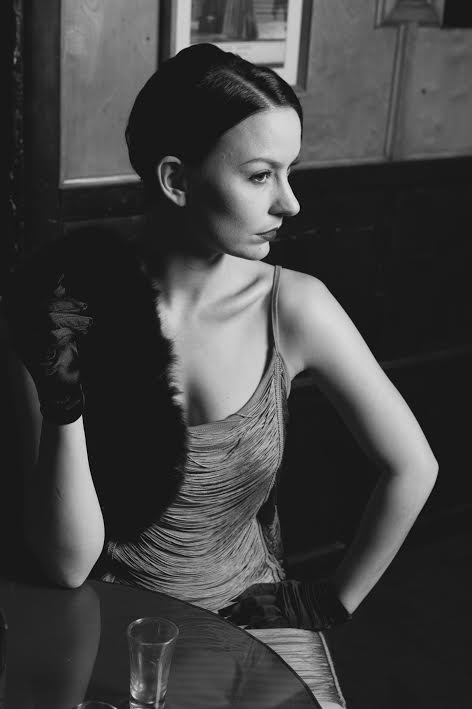 Where is she? Which beautiful “Sia” is she? I asked myself that once or twice until Fanny Rosen came on the screen as a Sia look-a-like in the Giorgio Moroder music video Déjà vu, featuring the fabulously popular, yet little seen Sia. I’m not going to give it away or drop a spoiler by telling you which one of the women is Fanny, that Swedish actress who has firmly established herself as one of Hollywood’s premiere thespians. Once you see her face, however, you won’t ever forget it. She is classically beautiful in that very unique Scandinavian way.

Fanny has been acting for some time and she’s been in tons of stage plays and films. Bunnyman, Suffer The Children, which wrapped up shooting a while ago, is one of the recent full-length movies Fanny has been featured in. It’s the third film in the mega-popular Bunnyman franchise and has garnered a large cult following. Bunnyman, Suffer The Children should be coming out soon.

Fanny also does a lot of theatre when she’s not working on a sound stage or on a location shoot. For the last several years she’s been a member of The Lab Theatre Company, which is the professional theatre company affiliated with Stella Adler Academy of Acting in Los Angeles. Some of the plays she’s been in were Schism and Isaac Babel And The Black Sea, both authored by the highly gifted and award-winning writer Timothy McNeil.

The music video Déjà vu really is a lot of fun. The music is upbeat and Sia’s singing is flawless just like all the blonde wigged Sia clones, especially Fanny Rosen. Her smile, by the way, always stands out and is the one that beckons you into the video almost as much as Sia’s singing does. When you watch Déjà Vu on Youtube you’ll enjoy plenty of platinum hair, mucho beauty, a lot of great music, Sia’s wonderfully enchanting voice and Giorgio Moroder’s terrifically melodic composition that has a solid beat to it.

Fanny Rosen is seemingly everywhere, especially in this very well done 3-minute masterpiece of a music video. Since we’ve already seen many of her talented performances on stage and on the big screen, we liked this little vignette showcasing her alluring smile and the way she gets on so nicely with all the other cast members. We can’t wait to see what she’s going to do in Bunnyman, Suffer The Children.

Name of Author  :Victoria Bolton  Short description of book Say good-bye to the era of godfathers. The Chimera Group has put a new face on organized crime. Mob boss Bernie Banks and his associates—John, Ben, and Jerome—differ from your ordinary Sicilian and Irish mob families. Two white, two black, they style themselves after the Rude […]

On April 22nd 2016 the founder of Onesa Hair, a well known hair extension guru, MandyNembs appeared on KOKH Fox 25’s Living Oklahoma rocking an edgy updo with her kinky curly locks swept to the side. The New Yorker was in Oklahoma City talking about why her brand is better than most. “Onesa Hair is […]

Frederic Fappani- the President of an NGO, Human Right Activist, and Thinker

Frederic Fappani was born in 1971 (Limousin, South-Central France). This great person has the mandate to International President of NGO for 20 countries, which arelooking to eliminating problems facing the youth. He is also a human right activist, a practitioner and a great thinker. He became famous as from the year 2009, whereby he used […]