In support of their EP “Naïve”, Brisbane based band “Stateside” is getting ready to hit the road and showcase what they do best… Rocking live shows in a way only they can. This five piece alternative rock band fronted by Erin Reus on lead vocals, with Ethan Laenen (lead guitar), Brendan Heidke (rhythm guitar), Jackson Lehane (bass guitar), and Hamish Maguire (drums) are ready to share what has been described as a uniquely original sound that takes influence from all genres of music.

Erin said that singing with Stateside is “the ultimate rush, being able to connect with the people who support us at live shows is nothing short of amazing”. Hamish added that after a few years together “we really started focusing on who we were as musicians which has led to some unreal song writing”. Brendan went on to explain that after the successful release of Naïve and the massively successful single “The Way We Are” (video plays alone approaching 750k) that everything just felt right. Jackson added, “There’s nothing manufactured about Stateside, what you see is what you get.”

The EP is a collection of songs from the band members combined personal experiences in life. Their music is built from their own stories of love, heartbreak, pain, and friendship… Combining that with Reus’ powerful vocals, fresh guitar guitar riffs, loud drums, and you end up with their take on alternative rock. 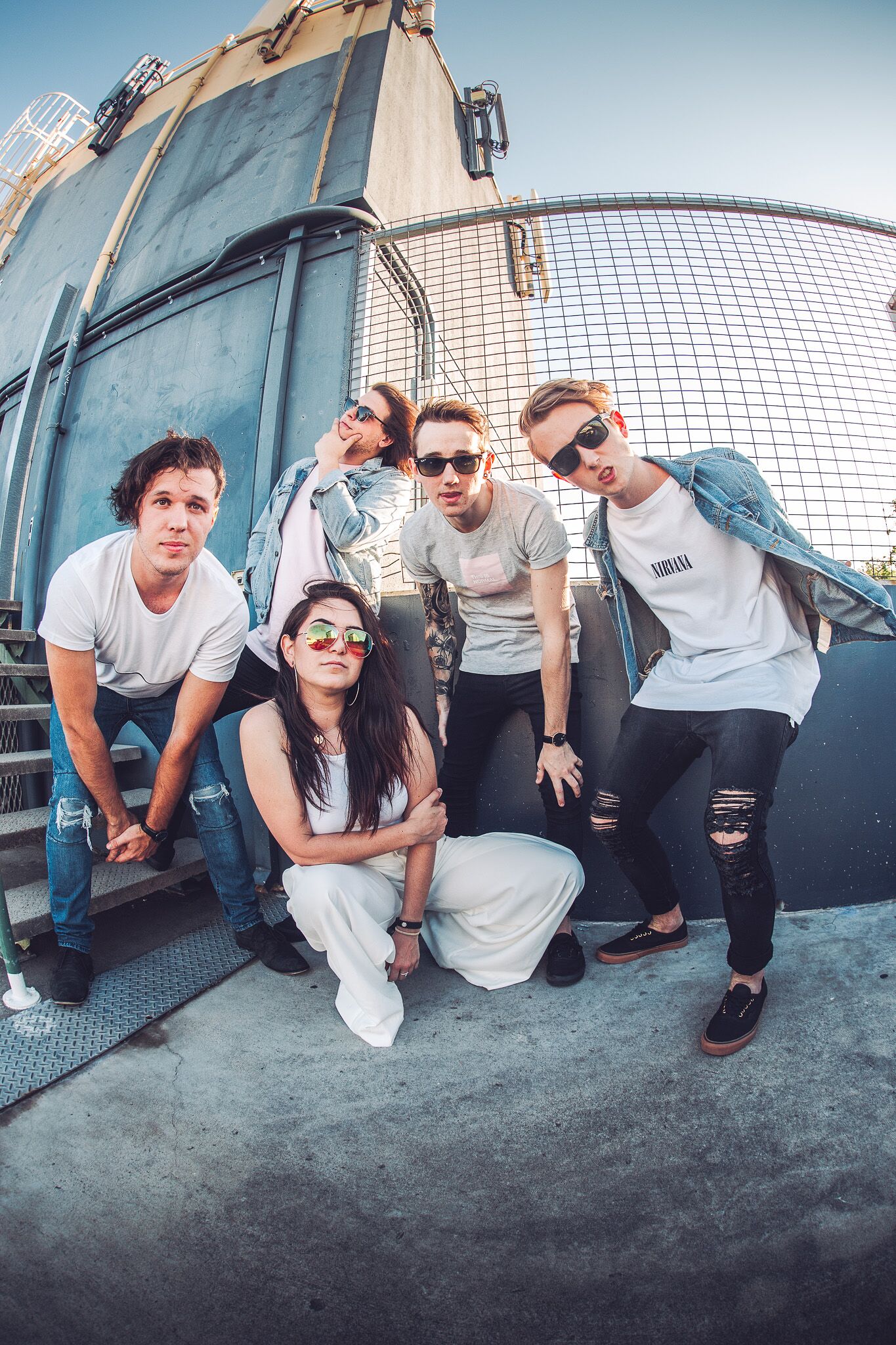 Stateside just signed an international management deal with US based Ascend Media Group, LLC. The company’s VP of Client Services Drew Gallagher said: “It’s been quite a while since we’ve been this excited about a new client. Stateside has talent on a level that’s seldom seen, 2018 is Stateside’s year for the taking.”

You might remember Evan Golden from being the runner up on Ivana Trump’s Reality TV Show “Ivana Young Man” or the Spokesmodel for Universal Studios Orlando. Since 2012 Evan has been the on air reporter and host for Eye on South Florida TV Show covering red-carpet events for the film, fashion, entertainment and charitable arena. […]

Scottsdale, Arizona’s own Latin hip-hop crossover artist Angello Black dropped his latest song Copa (Cup) . Originally hailing from Virginia, the first generation rapper/musician  became enamored with the idea of a career in music at the age of 14 after having a vivid dream about becoming a performer. At the same age he was inspired […]

Bevan Viljoen is an actor with a true passion for acting.  He was drawn to the stage while in high school, but put acting on the backburner while pursuing his career as an athlete in college.  It did not take long for him to be drawn back in by his passion for acting.  Bevan began taking film […]