Sonam turns 30 on Tuesday (June 9), Bollywood actor Sonam Kapoor says that she feels she has ended her twenties on a productive note. She had two releases ‘ Dolly Ki Doli ‘and Khoobsurat — and has also started working on two other projects a biopic on Neerja Bhanot, and Prem Ratan Dhan Payo with Salman Khan. Now, she is kick-starting her thirties with a 10-day vacation with her friends. 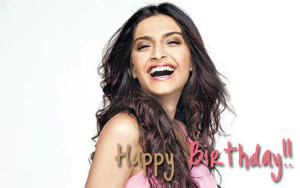 Speaking to Hindustan Times over the phone from London, UK, she says, “A lot of my school friends are here in London, and some of my other friends are also vacationing in Europe. So, this place is a good converging point for all of us. I will also be visiting Florence, Italy, and Amsterdam, Netherlands.” Sonam Kapoor doesn’t just preach fashion. She practices it too. Never before has any lady in Bollywood been this synonymous with style .Here are her most beauty full pictures for sonam fans.

We saw Kento Matsunami’s acting reel the other night. This guy is very good and he seems like such a nice person. Not that that has anything to do with his acting ability but it does show that nice people can be huge successes also and that the nice guy doesn’t have to finish last. […]

Britney Spears went down hard during her Las Vegas show falling so hard mid-song . it was up in the air whether she”d stay down or go on with the show.She did both staying down, and dancing from her backside. Brit Brit rolled her left ankle pretty good, but managed to keep going.She stayed seated on the […]