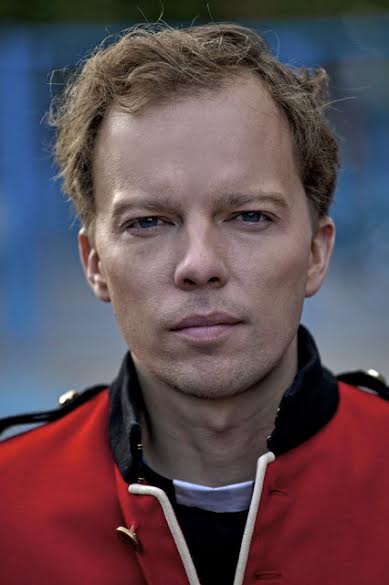 A famous Australian interviewer once asked Elliot James about his training and he simply told her that he had the traditional British, theatre-based craft training. Of course, we all know what that is code for, don’t we. It means that he has had some of the absolute best training in the world. From breathing, speech, diction, posture and movement, to dancing, fencing, improvisation, and then to actual acting, Elliot received very strict lessons in the art and craft of acting.

The discipline in his years of intensive study made him realize what it was to be an actor. It meant being on time, knowing your lines and character, and always being ready to go. Those rigorous exercises in all the basics that give an actor a full quiver of arrows so to speak, prepared him for his profession. His exacting teachers, one of whom was sir Ian McKellan, showed him the meaning of being prepared and what  “the readiness is all,” truly means.

Without cultivating discipline and learning and living all of the basics an actor really needs to flesh out a character and to sustain a performance, there would be no professional actors in the world today. Elliot, like so many world famous actors, put in the hundreds and thousands of hours rehearsing and fine-tuning each technique revealed to him by master actors. How else would he have played so many parts in Shakespeare’s plays and other classics? One of his favorite roles was Mozart in Amadeus. He loved being a genius for even just a short while, he told the beautiful Aussie interviewer. He also told her that playing extraordinary people, who really lived, was thrilling and it’s a bonus when one gets to do it.

Besides the plays, (Is the play really the thing?) Elliot has been in short films and several feature-length motion pictures along side some pretty big names. He is always in demand as an actor, and the film The Special Place, in which he has a featured role, is to be released shortly. He also has a one-man show coming out soon, based on Noel Coward, the famous playwright and actor, and he has a TV pilot in the works.

Kim Kardashian Reveals She Was A Shy Child

Kim Kardashian tells Matt Lauer she was a shy child for Time 100 interview It is hard to imagine, but Kim Kardashian was once a shy retiring wallflower.The 34-year-old has revealed she struggled to out herself out there socially when she was younger.Speaking to Today’s Matt Lauer on Tuesday night as part of his segment […]

Lyndsay Gannon is an International Bikini Model and Celebrity Lifestyle coach Lyndsay has traveled the world helping many celebrities and women to be the best they can be. By changing their body, mind set and health to create the ultimate happy, healthy and balanced lifestyle! She has competed in many Bikini Contents and shot […]

Sanam Saeed famous Pakistani actress and model  hit the screens across Pakistan and India as an Indian girl in Nasir Khan’s romantic thriller, Bachaana. film is is being shot on Mauritius.  The shooting of the film ended a week ago. Talking about the film Sanam Saeed said, The film is exciting, it is sweet, it […]