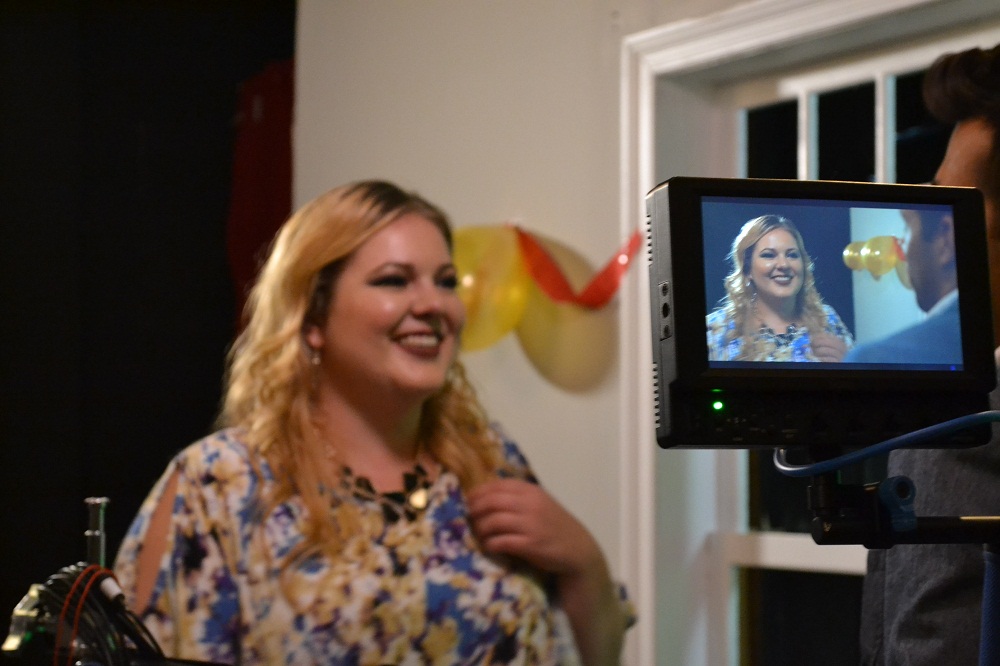 Ellinor Taflin really knows how to have fun and she loves to travel – she’s been all over the world, including countries like Thailand, Turkey, Poland, France, England, and the United States, of course. When she was in London she was studying the Meisner technique of acting, which is different from the legendary Method acting in that the actor doesn’t use its memories to remember feelings, instead they create imaginary circumstances which would make them feel a certain way. This way they are not limited to previous experiences and it also makes them free to create a scenario which will help them get the right feelings for their character. After creating these imaginary circumstances they focus on their partner and work off of them instead of in their own head and what they feel about something. This creates a more natural flow of feelings for the character.

When Ellinor was in the States that’s when she first learned about Method acting at the New York Film Academy, along with several other acting techniques including, Hagen, Adler and Stanislavsky. Why did she do all of this? Well, the answer is pretty simple: she is a very professional actress and she believes that the movie and TV business is pretty tough and if you’re not prepared then you just might not make it. That kind of thinking seems to have paid off for this Swedish born actress who has done way too many stage plays to jot them all down here. Well, to name just a few – she did play Juliet in Shakespeare’s Romeo and Juliet, and she was Esmeralda in The Hunchback of Notre Dame. Then there are the films and the voiceovers and the web series that keep her extremely busy.

One of the projects she just completed and  co-produced is Bloggers. It’s a short film about some millennials who are great bloggers and they get together to see if they can be even greater as a team. Ellinor is always on the lookout for great stories and exciting projects. In between acting gigs she works on her own content, which not only keeps her busy but gives her a real sense of creative satisfaction. She, along with her fellow producers, plans to continue the film Bloggers as a TV show in the near future.

Ellinor has been around the world but has chosen to live in Los Angeles. It’s the center of the entertainment industry and she can go to several auditions per day if she needs to because everything is so close. Plus, all the fun is right there in downtown Hollywood.

Aren’t people interesting? There’s something unique about every one of us, of course, but when we start digging into what makes humans tick, we discover that some of our brothers and sisters who share this planet with us are even more interesting than others. Case in point: Daphne Tenne. First of all, she’s a beautiful […]

THE DYNAMIC WORK OF STAGE AND SCREEN ACTRESS ROMANE PORTAIL

Just saw the trailer for Urban Jungle and it looks terrific! Apparently, all the animals in the world go crazy for some reason and begin attacking and killing humans. I can’t see any anything wrong in that premise because, hey, animals have gotten the short end of everything ever since the Neanderthals decided to serve […]