Hayley Gilbert is a professional actress born in the UK. Known for her vivid style, bright eyes and big smile. Hayley has built a successful career in the television, theatre, music and stand up comedy industries. Her lead credits includes hits such as The Diary of Anne Frank (in which she played Anne), Crime Team and she can be seen performing alongside celebrities such as Charlie Sheen and Hilary Duff (She Wants Me).We are sharing here our recent interview with her

How did you start acting?

I was 16 years old and rebelled against my parents and signed up to a drama school. I was paying for it myself through my part time job. I loved the classes and knew I wanted to take it further. I had found something that I really enjoyed.

What do you enjoy most about acting?

I love the challenge of creating believable characters, and experiencing a life you would not normally get the chance to. You can be cast in a science fiction film at one moment and the next your on a period drama. Plus I always love viewing the final product and get great satisfaction out of people liking my work. I love to see peoples reactions, they either cry from laughing or are taken back by an emotional scene. I love it because a lot the time people will be like ‘I didn’t not know you had it in you’. I can be a quiet person but when I am performing I completely change. Like no believes I am doing stand up comedy until they come to my shows.

What has been the hardest part of your career?

Competition and auditions I guess. Everyone wants to be an actor. I use to really hate auditions but now I’ve become to love them. It’s a chance to show off your acting ability. I always go in with the idea that this is me on set and my chance to show a slice of life for the character that I’m playing. Now I see it as an opportunity to show my ability. But competition is tough and you always have to be working at your craft.

The only thing I hate about auditions is when you go in and there are some many different types of people and you realize casting doesn’t really know what they want. That’s what I love about self tapes. Because sometimes it can be a waste of time and particularly in Los Angeles, it takes time

to get to places.

Where do you see yourself in a few years?

I see myself in television. I really want to have a regular character that people get to know and follow. But also I’m a stand up comedian, so I plan on more tours and would love to tape a Netflix special or even have my own Talk Show like Chelsea Lately. I’m ambitious.

When did you first know you wanted to become an actor?

It’s really funny because when I was growing up I didn’t even realize acting was a profession I could do. I thought it was something you were born into.  But I remember watching lots of TV programs wishing I could be that person. I wanted to be Louis Lane from Superman or Elizabeth Montgomery from Bewitched. Then one day I heard about drama schools and knew I wanted to give it a try, so I enrolled at Crystal Arts Theatre School and was hit by the acting bug. I started off working in Repertory Theater and moved onto more professional productions.

What kind of roles do you prefer?

I like roles that you can really show your ability as an actress. Back in the UK I was a lead actress in a TV series called ‘Crime Team’ and it was great because I played Constance Kent in the series ‘Cut Throat Killer’ and she was this young psycho girl  jealous of her younger brother, so much that she could not handle the envy of affection that he got, she went insane and killed her brother by suffocating him to death. Nice right. But that’s something that challenges you as an actress plus it was based on true events, which means you have to really do your research.

What was the first show you ever did?

I was cast as ‘Paperboy’ at a well known West End Theatre ‘The London Palladium’. I could not believe my luck, first job and I’m treading the boards of the theatre were famous stars got their start. All my favorite musicals as I was growing up were at this theatre. I remember I never told anyone I was auditioning for the part.  I was honestly going for the experience of what an audition was like. A few weeks later I got a letter in the post saying congratulations we would like to cast you in the production of ‘In Our Time’ at the London Palladium. As you can imagine I was over the moon. I booked a West End show. I went running to my mother to tell her the news and she didn’t believe me. But when she realized I was not joking she was straight on the phone to all the family. So there I was performing at the London Palladium at night and cleaning offices by day.

Do you prefer acting for film or for the theatre?

Omg that’s hard. I mean theatre you have live interaction and you can feel what the audience is feeling. I did a lot of Pantomime back in the UK.

I was Nancy in ‘Oliver Twist’ and played Alice Fitzwarren in ‘Dick Whittington’. I love Pantomime and interacting with the kids. Its so much fun. But film I have to say I like slightly more as I love working on camera. You have to be more in the moment and really produce the goods as the camera never lies. There are huge budgets in film and you really have to know what you are doing. 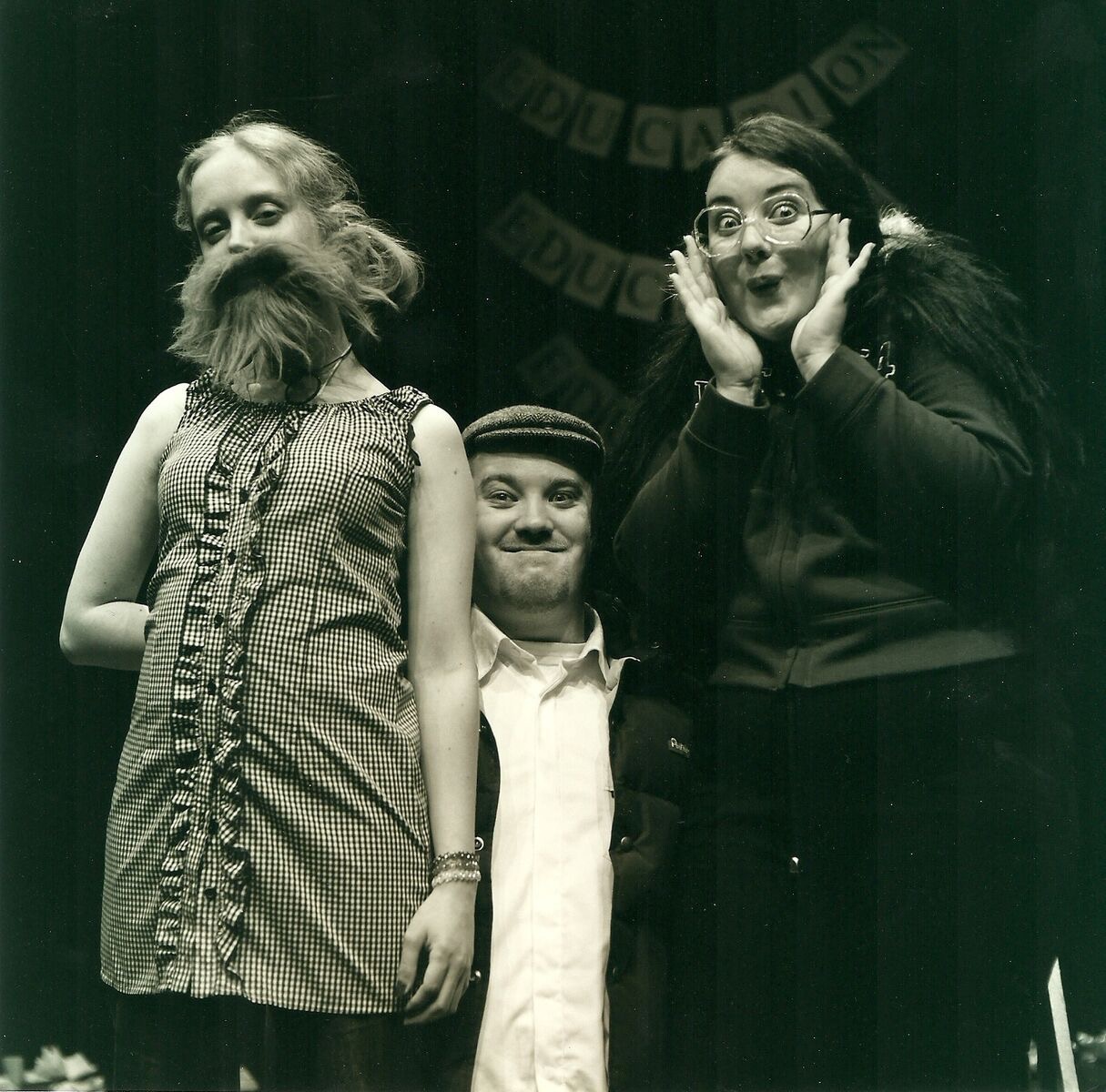 What has been your favorite role so far?

I was the lead actress ‘Anne Frank’ in The Diary of Anne Frank at central arts studios Basingstoke Its a really lovely theatre back home in the UK.

I love history, so it was really great to play somebody’s actual life which change the world we live in today and someone we are all fascinated about. It’s a challenge as everyone knows her story. But I loved completing all the research into her life and transforming myself into this historical figure. I remember telling my friends ‘Hey I just got cast as Anne Frank’, but I had blonde hair and I knew they were questioning me, how is she going to pull that off.  But when it came to the show they could not believe the transformation. The director pulled me aside at the end of the run and said it was one of the best shows he has ever been involved with. I loved it.

What role would you love to play that you haven’t yet?

Think that’s going back to TV just having a character that you can develop over a long period of time. I would love to be in ‘The Walking Dead’ or a program like The X Files playing a detective.

There are some projects in the pipeline just waiting for the green light.

Have you ever played someone of the opposite gender? What was that like?

Yes, I was in a play directed my a well known UK director Mark Walger. The play was ‘Teechers’ by John Godber.  I had to play many different characters. One was Doug the caretaker. He was a miserable old man who was very strict and  hated kids. I had to have a beard. I enjoyed it as I like character work but I remember having to watch a lot of older men and watching their behavior and characteristics. I think they thought I was weird. But men and woman are different in mind and how they physically carry themselves.

What is the scariest part of an audition?

Trusting yourself and that you know your lines and just letting go and living the character.

We all want to please and be liked but really we

should be trusting are shelves and letting go.

What is a show you would never do again?

When I first came out to Los Angeles I auditioned for a company, which I cannot name but the show was called ‘Happily Whatever After’. I played sleeping beauty. But it was awful. Not professional. No one came to the show. But I was new to LA and knew nothing about them. 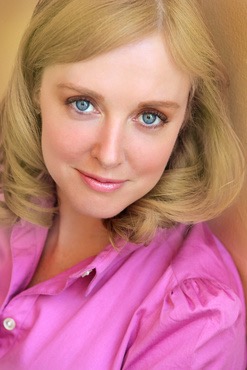 What show could you do for years?

A TV drama. I would love it. A crime series of some kind. It has action, drama, thriller and even romance. Love it.

What are you auditioning for next?

I have some commercial auditions coming up and one feature film.

What show are you doing next?

I’m actually performing at The Ha Ha club on the 14th of November, its a show that I host called ‘Hayley’s Comedy Cocktails’. On the show we have Helen Hong from Showtime and Erik Myers from Dopeless Romantic.  Then I am working with Flappers Comedy Club hosting their new show ‘The Comedy Voice’, as you guessed it’s like The Voice TV show but comedians in front of industry peeps. It should be fun.

What is the strangest thing a role required you to do?

I think working with green screen can be weird. That when we truly use our imaginations.

And often when you are onset filming sometimes you are having a conversation the director will move you right next to that person’s face. It feels weird to the actors but works well on camera.

What is something that you know now that you wish you knew when you were first starting out as an actor?

Get really good training. I’m mean as an actor you are constantly training going to the actors gym with life time membership. But training is important. But also I realize today you really have to know the business side of acting.

Thanks for your Time 🙂 Follow on Hayley Angela Gilbert Imdb

Let’s Meet the Author of “The Last Bite” Melissa Pombo

Recently, We’ve had the pleasure of sitting down for an interview with Melissa Pombo, Author of ” The Last Bite “ Celebs Fans Team: First, tell us about the start of your professional career?Melissa Pombo: I began writing “The Last Bite” in 2007. I wrote it and then re-wrote it more times than I can […]