How many times, have you closed an eye for when you’ve been treated unfairly, jus because you didn’t want to become a ‘SITUATION’!?!?! but that doesn’t mean that we always need to hide in the shadow, amirite or am-i-rite???

We’ve got a developing story here: you folks in SAN FRANCISCO must be in the knowing, about this music event, this concert named “QUEENS OF THE BAY” that claims to feature some of best sounds in the upcoming music scene, an image of a poster about its third annual show, was posted on Instagram by @hellafamous11 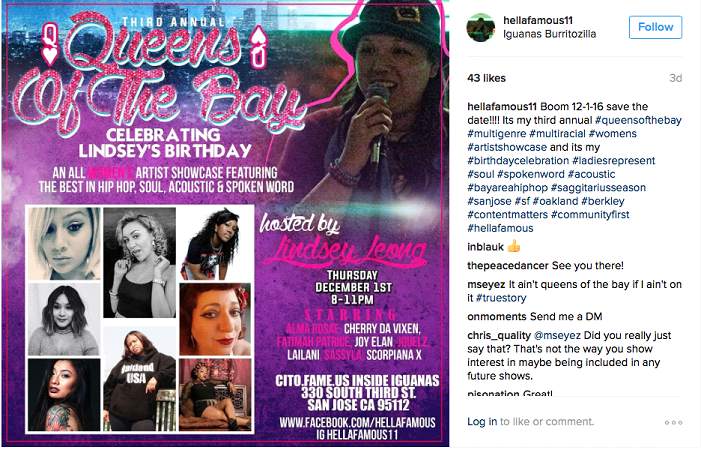 BUT –disc scratch–
wait-wait-waaaiiitttt a minute, somebody’s missing in the list!
You do not play the game, leaving one of your best players seated at the bench, uh-ha, that’s  not how you do it man!!!

You lovely people from San-Fran musta already heard about, this amazingly, talented, soulful beautiful diva! The songstress who goes by the name “EYEZ”.

if you haven’t already heard about her, here’s some taste of it :
http://itseyez.weebly.com

Some of you may already know, for an upcoming artist the gigs around their city is the most important kind of spotlight that they could get, to make their name and voice be heard, but those of you who have some sort of of an involvement in this business, or even if you’ve gained some kind of a social media following, would know that everything is not at easy as it seems.
In the entertainment business nothing is made out of sugar, spice and everything nice but more of sarcasm, spiked and nothing nice!!!

The world of entertainment can be a scary place, it is now all the more like a Game Of Thrones episode, you wouldn’t know who is out in the killing! And those of who you think are on your side being friends, they become your foes and they’ll have you singing “No new friends, no new friends, no no new”.

So our ladybird EYEZ, who was disheartened by not being included on to the list of the performers of “QUEENS OF THE BAY” decides to voice out her feelings, by leaving a comment on the Instagram post by @hellafamous11 , in that this is what she had to say;

As you can see, our girl EYEZ has done nothing wrong, but innocently just voice out her feelings, because she felt confident that she was worthy of being part of the show, but since she was not included she was hurt and she wanted to let @hellafamous11 know!

But here’s the interesting part of this ‘comment-sation’; as I said earlier this comment posted by EYEZ seems quite innocuous, she is only  vocing out her opinion and sure, while it is openly posted on the post by @hellafamous11 and we know that it is at @hellafamous11, we also know that this is not particulary aimed at anybody else out there, we all leave these type of comments ALWAYS!!! don’t we? So joining this story is another singer Mr. @chris_quality.  We all know that kind of person who is never there to support you, but is waiting for a moment to point a finger at you and on the same post by @hellafamous11 ,  this is what @chris_quality had to say;

“@chris_quality @mseyez Did you really just say that? That’s not the way you show interest in maybe being included in any future shows.”

Oh dear Mr. Chris Quality, we’re just wondering in which part of the comment posted by EYEZ was there any reference directed at you, sir? It is in situations of this type that we say “IF THE SHOE FITS, LACE THAT BITCH UP!” and in this story, it is not even remotely funny, for such a negative comment to be coming at EYEZ from Chris Quality, because ironically a source let us know that EYEZ prior to this incident was of support for @chris_quality we’ve got evidence: 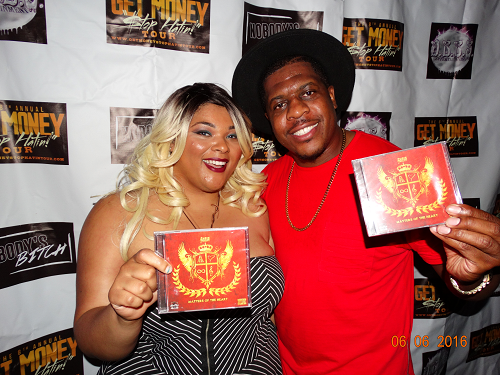 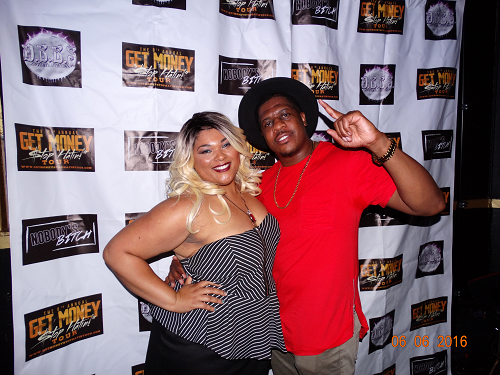 Images of @mseyez and @chris_quality at “Matters Of The Heart” album launch.

These images are proof of how EYEZ was attending the album launch event for the album titled “Matters Of The Heart” by @chris_quality. Chris Quality who has only got 973 Followers on Instagram, could have only probably made use of EYEZ’ kindness and invited her only to divert attention at him, because EYEZ already has 1379 Followers on Instagram, so now we know who is who!

So after Chris Quality took Eyez to the floor by leaving that comment on the post by @hellafamous11 , Eyez who decided that she wouldn’t take anymore senseless attacks by those she believed to be by her side, she ended her genuinity with Chris Quality by posting a photo on her Instgram, of Chris Quality’s CD with an interesting caption; 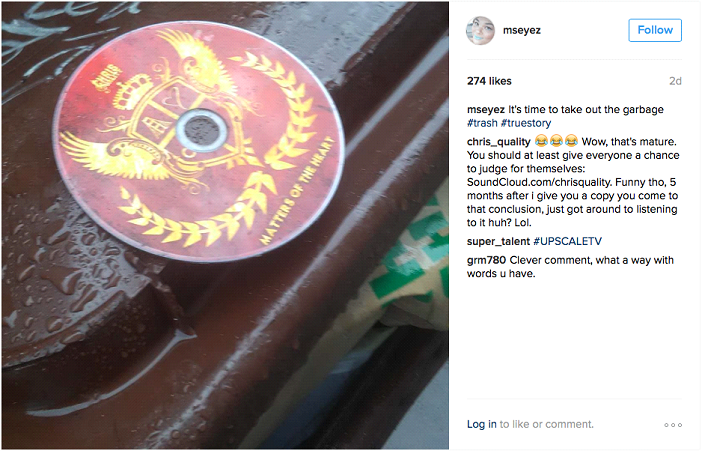 “@mseyez : It’s time to take out the garbage #trash #truestory”

EYEZ posted a photo of Chris Quality’s CD titled “Matters Of The Heart” with a caption reading “It’s time to take out the garbage #trash #truestory” this post has got 274 Likes on Instagram not even the poster about the event “QUEENS OF THE BAY” posted by @hellafamous11 has that many Likes, it only had about 43 Likes, so this proves to you all who’s the real MVP in this game!

On this instagram post, while Chris Quality came to leave out a comment about, this being an immature move by EYEZ, it really doesn’t matter to any of us any longer, because you gotta speak for yourself Chris Quality, where was your maturity when you left that clap-back at EYEZ, we wonder???

Real artists support each other, they don’t drag down one another!

This is all the sipping on this tea for now, more news as it all unfolds.

Buy “DEDICATED” by Eyez on AMAZON:

Ayyan Ali Shocked Asif Zardari and Others During Media Talk

Is Fawad Khan Going To Work With Sunny Leone ?

Sajal Ali and Feroze Khan will be seen together in an upcoming Pakistani film titled “Mann Mere”. The actress is being forced by the directors for many months to play a major part in the film.The good news is that’s he will be seen together with her lifetime as well as a perfect on screen […]