Akshay Kumar and Shruti Haasan are currently busy promoting their upcoming film Gabbar Is Back. The duo were recently spotted on the sets of Kapil Sharma’s Comedy Nights With Kapil. Akshay and Kapil’s combination left us amused with their inimitable comic timing. Ali Asgar aka Dadi features in a double role, as she is shown suffering from a memory loss due to excessive consumption of alcohol. After a year’s leap, Dadi will also play the role of Kapil aka Bittu’s choti bua. Saath Nibhana Saathiya’s actor Vishal Singh alias Jigar Modi will be choti bua’s (Dadi) boyfriend. Finally, Bittu is now a proud father and his wife Sumona Chakravarti aka Manju is now a working woman. Upasana Singh, Bittu’s bua moved out of the Sharma’s house as she won a lottery.Gabbar Is Back features Akshay Kumar and Shruti Hassan in lead roles and the plot revolves around corruption. Prakash Raj, Sonu Sood and Sunil Grover will be seen in supporting roles whereas Kareena Kapoor Khan and Chitrangada Singh will make special appearances. 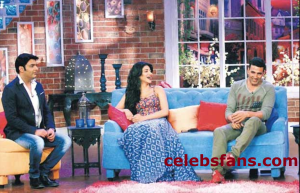 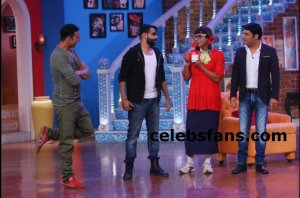 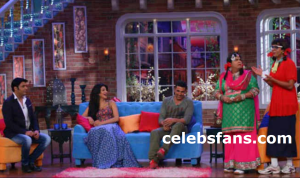 Shehzad Roy is not just a musician but he is also a star like no other because he has done so much to improve the conditions of the people in the country. Shehzad Roy is a man on a mission who does not only want to make music for his country but he also wants […]

On Mother’s Day (May 10, 2015), the singer responded to a fan who shared her heartbreak over her mother’s death. The fan, a young girl named Kaileen, sent the 25-year-old a message on Tumblr to ask for a hug and some comfort. Dear Taylor, It’s me, iced coffee girl, and I could really use a hug. Today is […]

Jannan is the first film which is co producing by reham khan alongwith IRK Films. The Founder and President of ARY Digital Network Mr. Salman Iqbal in a press release informed the film watching viewers, “Janaan not only depicts the positive side of Pukhtoons and Pakistan, but it will also add value in supporting the […]