Darren Lehmann says he has the “best job in the world”, but don’t expect the Ashes and World Cup-winning coach to be doing it forever.In the next two years leading up to the Champions Trophy, Australia travel to the West Indies, England, Bangladesh, New Zealand, South Africa, India and Sri Lanka, along with two jam-packed home summers, leaving roughly two months of free time for those players not involved in the lucrative Indian Premier League.Lehmann, his support staff and the players who represent their country in Test, one-day international and T20 cricket spend on average 300 days on the road each calendar year.Lehman says the position of head coach is one that comes with a short life expectancy. 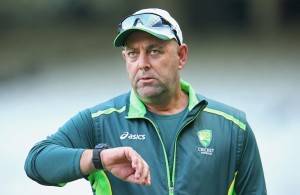 “If you have a young family it’s tough – they’re at school and all those sort of things.” Lehmann said.

“I don’t think you can. I think players need change occasionally.

“I won’t be doing it forever, and hopefully I get to exit in my own way.

“If you lose a few in a row you never know, you’re under pressure again. But that’s just the way it is.”

One way to lighten the coach’s load could be to drop a format like players often do towards the end of their career.

Shahid Afridi Leaked Her Secret About His Marriage In Live Show

Shahid Afridi Leaked Her Secret About His… by shoxee1

How to Fit Golf Clubs the Right Way? (What Matters the Most

A well-fitting golf club is not a one-size-fits-all type of equipment. Every golfer must know how to fit golf clubs to their exact size. This is a very important aspect of learning how to play golf. And also of learning how to hit successful and accurate shots. If you do not use a properly-fitted golf […]

Cristiano Ronaldo  is a Portuguese professional footballer who has played for Manchester United, Real Madrid and Portugal. Along with Lionel Messi, he is regularly considered to be one of the top two players in the world. He became the world’s most expensive player, when Real Madrid signed him for 94 million Euros in 2009 from […]