Throughout history Detroit has been known to breed extreme music talent and expressive artists. Nick Margetic is up next. Not only has Nick been contributing to the cities music scene by Directing hundreds of videos for many buzz-worthy artists, but most notably his work with good friend, Tee-Grizzley is making international waves! His ultra visual talent and editing skills break all normal barriers, and he is said to be the best Director in the D right now by many reputable sources.

His videos are enjoyable to watch and have instant recognizable style. What’s most impressive is Margetic’s age, at 22 years old he has successfully developed his own team (#BeMVP). Margetic is creating a whirlwind of connections and growing not only his talent, but many others in the city, and his movement is truly erupting into something special. Rocking a well suited name, His alias and social media handle is @HustleBerryFin. Nick has always had a passion for music and performing as he was classically trained in choir and theatre growing up. He was also exposed to the music lifestyle and culture since a young age from best friend and older brother Pato Margetic. While growing up in school, Nick was recognized for his rare talent of “Freestyle-Rapping” as crowds would gather in the hallways when he spit highly intellectual and metaphorical lyrics off the top of his head. 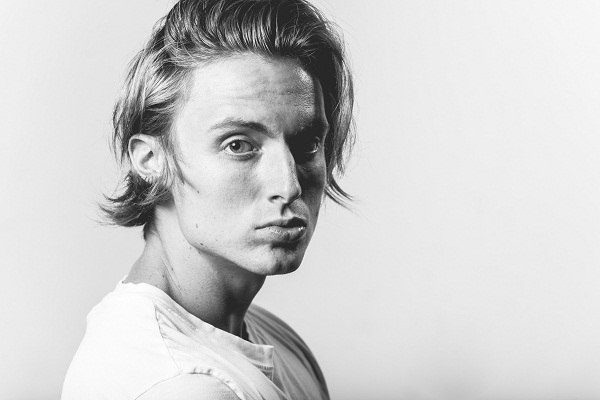 He started with camera work while being a competitive skateboarder and filming himself and friends every day. He then took his love for hip-hop and filming, and combined the two to start his career in Music Video Directing. Currently as Nick continues to raise the bar for Detroit’s hottest artists, he recently announced that he will be dropping his very first single and music video of his own with a song produced by “Helluva” (Tee-Grizzley – First Day Out +”From The D To The A” Feat. Lil Yachty) This is a very exciting time for Detroit entertainment, and Nick Margetic is definitely a shining star to watch and know! Check out his videos, and stay tuned for his original music coming in fall 2017.

Follow him now at @HustleBerryFin and check out his portfolio at www.bemvpdetroit.com

BEYONCE! Now that I have your attention

She Write a Blog is a blog about literally everything. From celebritea to social justice. She has playfully named it the #meltedcrayoneffect. She prides herself on being able to connect to her readers on a very real level. This passionate blogger writes with a personal voice that draws you right in. Laughter and tears are […]

Are you a new guitarist or someone learning to play guitar for the first time? One of the crucial things you should know is the importance of using the right strings. Stringed instruments like violins, cellos, and classical guitars were, at one time, strung using gut strings. But nowadays, Nylon has taken the place of […]

For All Eyes Always

A unique concept of filmmaking is in store for all of us movie lovers in the new hit ‘For All Eyes Always’. Directed by Rob Gordon Bralver and produced by Amy Child. The premise sounds simple enough: In a time of widespread distrust of our government, the CIA creates a fully transparent reality TV show […]