Didier Beringuer, the French writer/director has produced quite a body of work in just a few short years. He has always loved film and story telling since he was a kid growing up in St. Tropez. He made numerous short films and then went on to university and subsequently moved to Paris.

Didier has been working steadily since then in TV, commercials, documentaries and films and has worked all across Europe, including Spain, England, Germany, Scandinavia, the Baltic States, France and the U.S. He has written and produced highly successful and long-running TV series such as Better than Neighbor, Elu Vienimoisas, Chateau Magnol and Hollywood Girls, which was shot in Los Angeles and became a mega-hit on French TV. 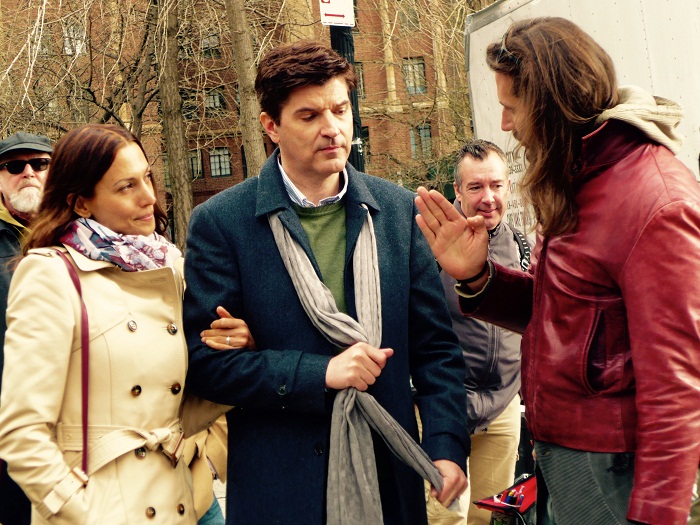 He recently completed a wonderful documentary on the life of the Late and very famous Fashion Designer, Christian Audigier, VIF. Christian was the creator of the clothing brands Von Dutch and Ed Hardy. Mr. Audigier contacted Didier two years ago, wanting to make a documentary on his life, as he had just been diagnosed with cancer at the time. VIF tells the story of Christian’s fight to achieve the American Dream, and the fight for his life, to defeat cancer. Christian passed away during filming, but Didier had promised both Christian and his children that he would finish the documentary. After 2 years of filming all over the world, Didier is finally wrapping up editing and post-production, and VIF will be released in 2017. Among the long list of celebrities in the film are Johnny Haliday, Charles Aznavour, Snoop Dog, Stephen Dorff, Daymond John (FuBu/SharkTank), and Michael Madsen, who all appear as interviewees in the film.

Didier is currently involved in pre-production of Brilliant Silence, a feature-length motion picture that he co-wrote and is set to direct. It is a film about the right-to-die and same-sex partners starring Colin O’Donoghue (Captain hook in Once Upon A Time), William Fichtner, Stephen Dorff and the legendary Eric Roberts. The movie will be shot in 2017 and Oscar-winning composer Ludovic Bource (The Artist) will compose an original score for the film. VIF and Brilliant Silence are both stories about intricate human lives and their journey and struggles to stay true to who they really are.

All The Way From The Philippines –Nichole Ruiz

If you know anything about the history of Hollywood you know that thousands of people come there every year to try to break into the movie business. And you also know that only a very small percentage of those same people actually make it. That pattern has been going on since before 1920 and it […]

David Yousefi is a German, Award-winning Music Composer and Sound Designer for Films, TV, Trailers, Commercials, and Video Games. Born in 1995 in Germany Hamburg, he began playing the Piano and Guitar at the age of 10. David was inspired by his father to venture into music production. He attended the Berklee College of Music […]