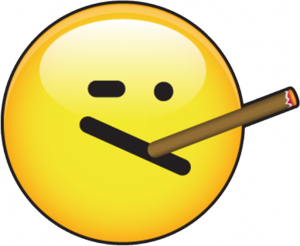 HOUSTON, TX, April 11, 2016–Just in time for 4/20 aka National Weed Day, members of the cannabis community will have a new way to communicate using marijuana themed emojis, GIFs and stickers with the launch of Mojiuana. The cannabis inspired mobile app with the mantra ‘Express Yourself When Words Aren’t Enough’ fills a void in an underserved emoticon market. Rappers Paul Wall, Baby Bash and Slim Thug recently announced their endorsement of the innovative application that will be on sale in App Store and the Google Play Store on April 18th.

Paul Wall is one of the more recognizable rappers to emerge from the south. The Houston native rose to fame when his first two albums both debuted at #1 on the Billboard music charts. He founded custom diamond jewelry business The Grills by Paul Wall and set his sights on the mobile market by collaborating with a Silicon Valley company to create the first mobile battle rap game.

Mexican American Rapper Baby Bash is a Billboard chart-topping artist with an international fan base. He’s worked with some of the biggest names in music, including Akon, Nate Dogg, Fat Joe and Pitbull, even penning songs for award-winning artists such as Jennifer Hudson.

Houston rapper Slim Thug has worked with entertainers like Rick Ross, Mike Jones, Paul Wall, B.O.B and appeared on Beyonce’s #1 hit single “Check On it” earning a MTV Video Award. His single “Boss of All Bosses” debuted at #15 on the Billboard 200.

All 3 artists, who have amassed millions of social media followers and loyal fans all over the world, will appear at a press conference in Los Angeles during the week of 4/20 to discuss cannabis culture following the historic legalization of marijuana in multiple states throughout the U.S., and the how Mojiuana is enhancing the language of the cannabis community through the use of inventive emoticons. Wall and Bash will also introduce their latest joint album, “The Legalizers: Legalize or Die,” which will be released on 4/20.

“Mojiuana is a fun and unique way for members of the cannabis community to express themselves and communicate with each other,” said Chris Hester, who founded Mojiuana along with Michelle Hester. “The marijuana friendly emoji market has remained desperately underserved and we’re excited to finally introduce an application that will resonate with consumers and proponents of the culture. Paul Wall, Baby Bash and Slim Thug are the first celebrity ambassadors to come on board, and we couldn’t be more thrilled. We look forward to even more high profile partnerships following our official launch.”

Mojiuana will be available in both the App Store and the Google Play Store on April 18, 2016. For more information, visit www.mojiuana.com. To schedule interviews and other media opportunities with Chris and Michelle Hester, founders of Mojiuana or Slim Thug, Paul Wall and Baby Bash, contact Aizeline Davis at 888-509-1145  or Press@itsthinkzilla.com

J. M. Pozon an award-winning author, writer, poet and novelist is back with a new book Star Dust

Who is the rising star behind the book “star Dust?” J. M. Pozon an award-winning author, writer, poet and novelist is back with a new book Star Dust: From Heaven To Earth we Fall. A celebrated author in the literary community, she garnered much acclaim for her fiery romance novel “Setting Fire to the Darkness” […]

He’s such a talented guy and how lucky he is to have one of the best jobs in the whole world. A lot of people would give their right arm (well, maybe that’s an exaggeration) to be in Charles Ancelle’s place. He’s a writer, director and producer of some pretty cool films. Two of his […]

It’s interesting how Brazil is always on the list of the most interesting countries in the world along with topping the lineup for having the coolest people. They have great food, terrific music and dancing, beautiful citizens and extremely talented actors. One of those actors who, by the way, possesses all the talent and acting […]