Over the past 14 years, Jon King has made more than 10,000 beats. As a music producer – collaborating with two-time Emmy-winning artists year after year – he’s put in the work that it takes to make a successful career … a thousand times over. In fact, it’s that very idea that led to his stage name, Thousand Times.

His most recent display of that work is a new album called “Road Maps,” and one of the album’s singles – “Day & Night,” an upbeat pop-inspired track has received over a million plays (https://soundcloud.com/liftoffmusicgroup01/sets/roadmaps). The album features electronic music with a hip-hop aesthetic – all couched within a positive, uplifting message that says, “If you focus, work hard and follow your dreams; the sky is the limit.” It’s an album he’s extremely proud of, having created all the tracks for every song and collaborating with some of the country’s hottest up-and-coming artists. 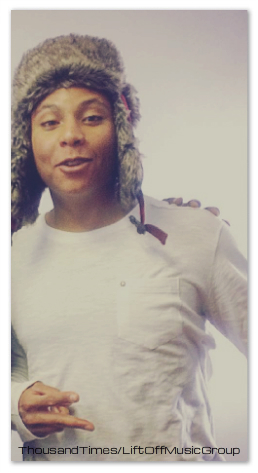 “When I came up with the name for the album I was thinking of how my music has been kind of a road map to financial freedom,” he said. “But it’s more than that, really. It’s about creative freedom and being able to explore things through music. Road Map is for sale worldwide.

For most people playing a musical instrument can be a challenge. Especially in this era where you do not need to know how to play a musical instrument to produce a song- people mainly rely on computer-generated beats and rhythms to create a song. Neil Nayyar has taken a different route, at a very young […]

Dr Angela Wilson, PhD, CEO and head coach From www.UltimateSelfMastery.Academy is a cutting-edge mentor of the new generation in 21 century “in self-help industry on the international scale.” As a live proof and survival, she has successfully transformed herself from an unwanted new-born marked with incorrect legal birthdate record lifetime after being escaped from numerous devastating […]