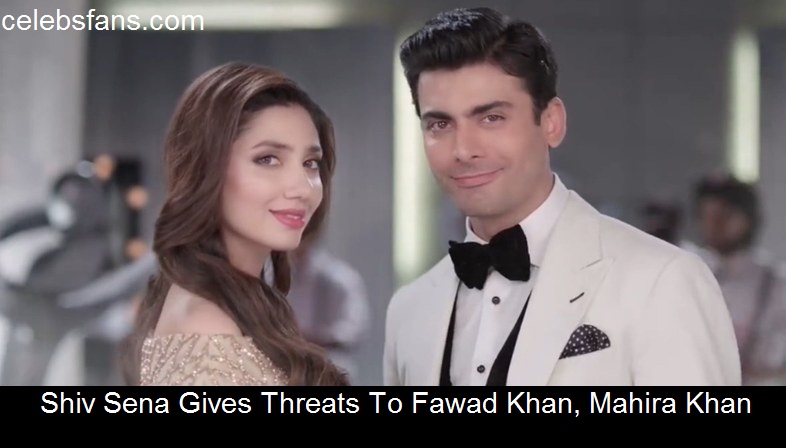 Shiv Sena said that no Pakistani star will perform in India. Both actors were busy in promotion of their upcoming movies and now Shiv Sena asked them to leave India.

“We will not allow to Pakistani artist to perform in India,” Shiv Sena worker said. Indian extremist party also gave threats to Pakistan umpire Aleem Dar and other Pakistan artists and cricketers.”

Shaista Lodhi To Make Her Comeback On 14th August

Shaista Lodhi is looking forward to making a new start. Shaista Lodhi thinks that all the recent storms in her life have made her even more strong and wiser.Shaista will be hosting the show on HUM Sitaray with the title “Sitaray Ki Subha”. The Morning Show will go on air from Monday to Thursday at […]

Fawad and Mahira Khan Paired Together after Humsafar

Fawwad Khan and Mahira Khan the famous stars who paired together in the block buster TV serial Humsafar, are again paired in the commercial of Lux promoting the upcoming Lux Style Awards.Both have not worked together in any other project apart from a bottled water commercial few years ago. Here is the commercial which is also airing on […]

Check out Katrina Kaif’s new look from her upcoming film ‘Baar Baar Dekho‘ in which she will star opposite Sidharth Malhotra.