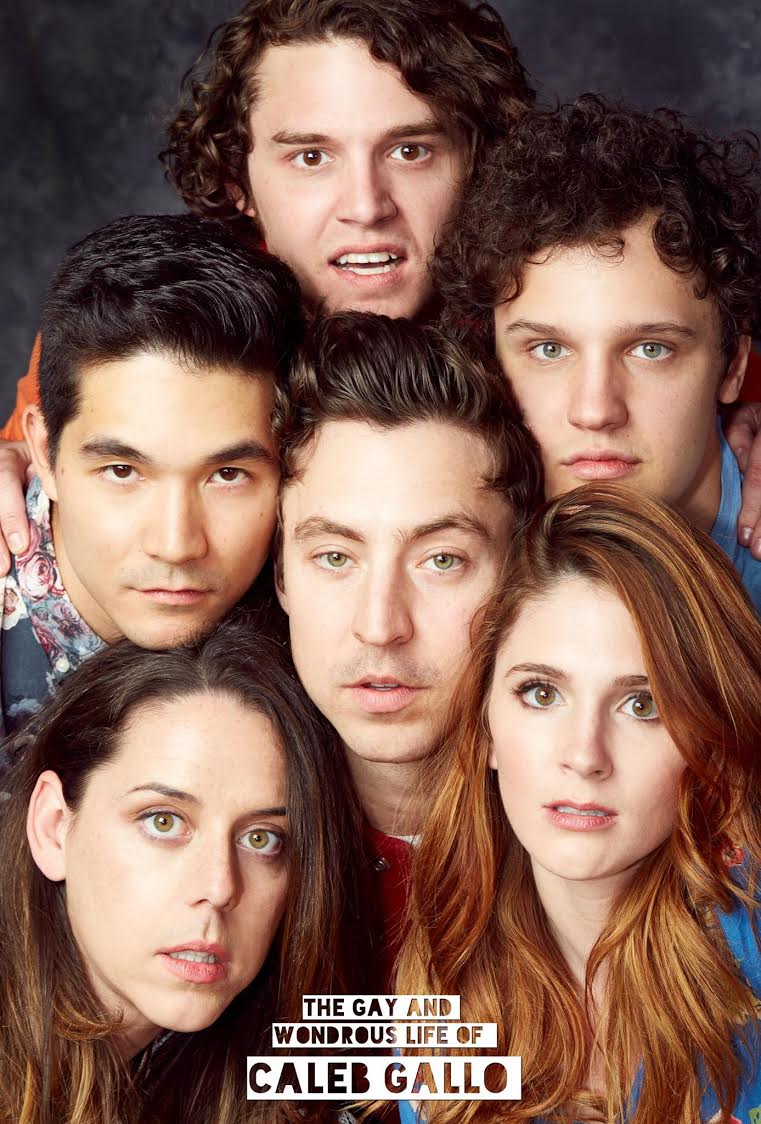 Guess what’s going to be one of the most talked about web series of 2016 and beyond? Here’s a hint: it’s the same web series that is already the talk of the Tribeca Film Festival in New York City. Give up? No, not that one, it’s the other one, THE GAY AND WONDROUS LIFE OF CALEB GALLO.

It was created by Brian Jordan Alvarez and the comedy series follows the title character’s life as he sorts it all out, one day at a time. Mr. Alvarez plays Caleb Gallo and if you’ve seen the first couple of episodes you know right away that it is a fast paced show with a group of very likeable characters, including Benicio, who is played by Antonio Marziale. The first episode introduces Antonio/Benicio in the last four minutes of the show. But those four minutes define Antonio as an actor who can obviously hold his own with any of his peers and manage to take full command of the scene even when he is only the size of a smart phone screen.

Antonio plays Caleb’s love interest in episode 1 (we haven’t seen all of episode 2 yet), and it is clearly evident that he is a true professional. Charming as ever, it’s evident this young actor is going places.. Antonio and the rest of the cast seem to be having a wonderful or perhaps we should say ‘wondrous’ time making this whimsical instant classic of a webs series. It’s so well done that it feels like it’s a documentary shot on the fly, which says a great deal about how truly skilled the series makers are.

Of course, not all web series are created equal and since we have seen buckets full of these very creative and original programs we rate THE GAY AND WONDROUS LIFE OF CALEB GALLO high on our list of web series that we recommend. It’s funny, cleverly written, ‘wondrously’ acted and the production values are quite professional. In fact, we foresee this show destined for cable or even broadcast TV in the not too distant future. And Antonio Marziale, what of him? This young, vibrant actor will have no problem getting whatever parts he wants whenever he wants them. All he has to do is have his agent flash his picture on an iPhone.

Akshay Kumar and Shruti Haasan are currently busy promoting their upcoming film Gabbar Is Back. The duo were recently spotted on the sets of Kapil Sharma’s Comedy Nights With Kapil. Akshay and Kapil’s combination left us amused with their inimitable comic timing. Ali Asgar aka Dadi features in a double role, as she is shown […]

The actor, who has appeared in nearly 100 Hindi-language films, was charged with culpable homicide and driving under the influence after crashing his SUV into a bakery in Mumbai. superstar Salman Khan has been found guilty of all charges in the 2002 fatal hit-and-run case that killed one person and injured several others. A judge […]

The much discussed channel Bol News has finally started its test transmission. In a tweet shared on company’s official twitter account, Bol Network as encouraged all Pro-Pakistani Cable Operators to tune into their test transmission.