Yulia Alexandre, a singer and composer from Hollywood, recently released her debut single If You Sell Your Soul To Him. Apart from singing on the recording, she has also written and produced it. It’s a perfect mix of electronic and alternative genres that has attracted young crowds to not only the beat and harmony, but also the message. In her own words, this song represents a starting point in her spiritual transformation.

Here is what shared with us:

“Living in the United States by yourself, especially in a city like Los Angeles, can become really dangerous and destructive for a young, ambitious soul. I’ve seen, how easy it is to lose yourself while chasing dreams and pursuing wrong values. You HAVE to be very certain about your priorities and never EVER compromise here—
no matter how attractive the reward might look! That is what has helped me to stay on the right path. Thankfully, I have managed to find my way out of the darkness just when I thought I was going to lose it! I want to encourage young people not to become enslaved by their own dreams and stereotypical measure of success, but stay true to yourselves and connect more towards what is really genuine.”

This very feeling is what Yulia is expressing in her song If You Sell Your Soul To Him. It has already received great feedback since its release, and now she is busy working on her debut EP.

Yulia has always been around music ever since she was a child in her native Russia. She attended a music school for five years starting in the third grade. She immersed herself in the piano, sang in the choir, organized a dance band with her friends and performed in an all-girls vocal cover-band at school proms and other events. She also sang in an underground rock band in her teenage years. At that age, Yulia says, all she needed was to be on stage – no matter what it was. 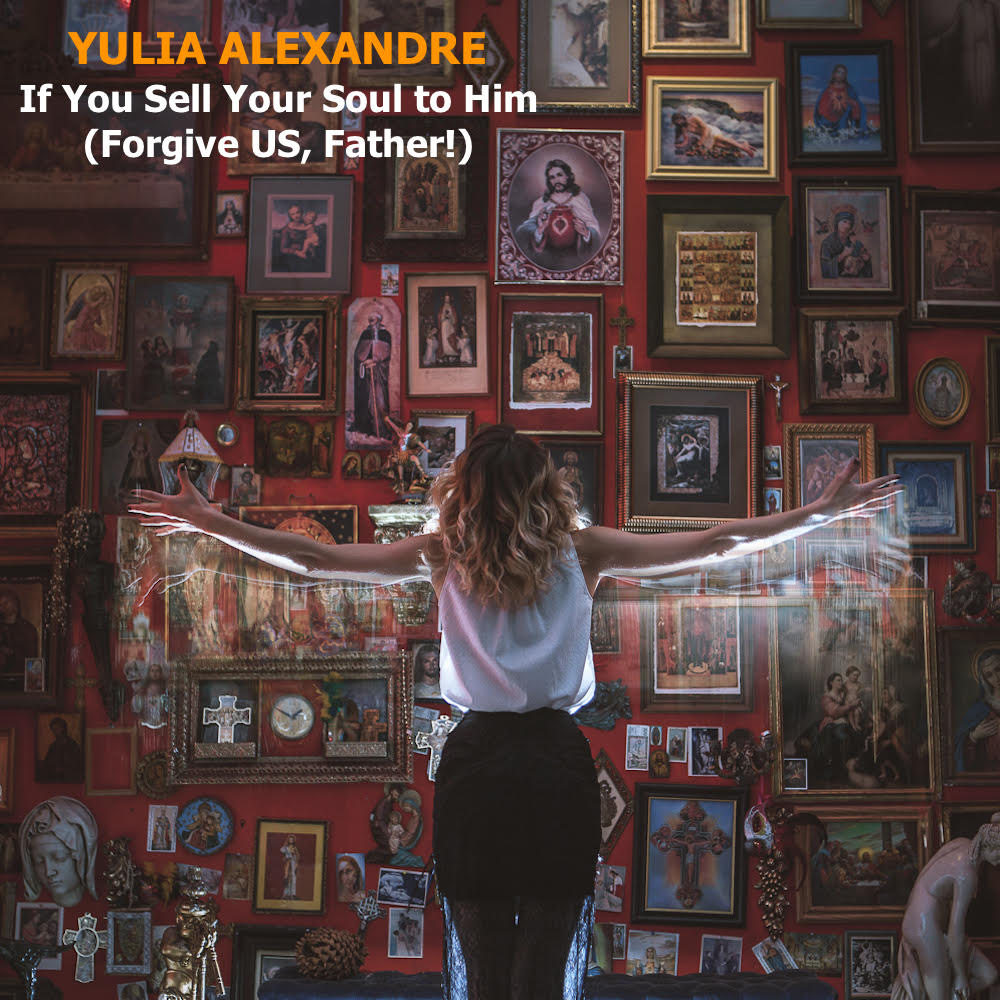 In 2013 Yulia made a decision to travel to Los Angeles, California. That’s where she became interested and became involved in the film industry. She attended the Stella Adler Acting Academy of Hollywood, appeared in short films and a network series called Private Sales. However, she ultimately realized that acting just wasn’t giving her that deep fulfillment that music and performing provided. That’s why Yulia made a U-turn and put all her focus on writing and creating music. She has taken a production course and has been very busy since making that momentous decision.

One of Yulia’s upcoming projects, which is worth mentioning, is the stage musical The Dream Seekers, where she has been cast in two roles. This play was written by the former Supremes mega vocal group member, Scherrie Payne. It is about the political battle between the community and it’s law and order, and children being the dream seekers of the world seeking peace.

Look for updates of Yulia’s work on her official website www.yuliaalexandre.com

Believing in making his way out into this world and falling through into exploration, Maxime Boublil made it all way from Paris, France to Australia soon after he found out that he held a lot more interest in the guitar strings as compared to a cello. After composing more than fifty songs all by himself, […]

Breaking News : Konstantinos Dilzas has just released the Christmas Version of his song “Petra & Efhi” (the song from Greece which entered the iTunes Latin Usa and international Charts last December). The new version was produced by the famous Dutch Dj CHRISZ who has also produced the “80S Revival italo Disco version” of the […]

Mike Jones and How He Became a Rich Rapper and Entertainer

Michael Jones who is famous as Mike Jones is an actor, a rapper, and an entrepreneur of American nationality. He is known best for his record label Ice Age Entertainment and his catchphrase “Mike Jones, Who?” which he uses many times. He has also used alias name as Sache during his initial days in the […]