Yan Li is a Young Filmmaker from China Is Now Active On The Hollywood Stage. He has been executive producer of 3 features, Euro Club, Amityville Terror, and American Exorcism, which has been released through RedBox. He was the director and producer of his own short film “J K Q&A”, which included a well-trained cast and crew. With different cultural backgrounds, Yan is doing his best to bridge the Chinese movie market with Hollywood, in order to import more excellent independent movies into China.We recently interview with him for our readers !

Celebsfans :How did you first launch your career?

Yan Li: I’m an independent filmmaker myself, and I met with some Hollywood filmmakers from Thrilling Company 2 years ago. We started to cooperate in some films, which were distributed through main stream companies. Now I got more films coming.

Celebsfans: Tell us about your film J K Q&A in 10 words?

Yan Li:Everyone pays back for what he has done.

Celebsfans: Would it be fair to say that in your work there is a certain fascination with the past, old traditions, a dying way of life?

Yan Li:This is a good conclusion of my style. I’m a fan of old school ways. I’m not saying that I don’t like those advancing techniques, but I think film should be able to tell a story in a simple genuine way.

Celebsfans: Please tell us about your latest releases  ?

Yan Li: I just finished co-produce a feature film, called Euro Club. It’s a comedy talking about three American guys who perpetually strike out with the ladies’ travel to Europe and embark on an adventure through the continent filled with drinking, dancing, and partying with dodging gypsies, gangsters, and soccer hooligans to get to the world’s hottest club. I was pretty excited about this one, it’s an America-Europe co-production film, starring Eric Roberts, who has played leading roles in “The Dark Knight”, “The Expendables”, etc. The film has gained good reviews from both American and European audiences.
Besides, I’ve been trying to making film through VR, and I just accomplished a music video for a rapper, which will be released in 2017.

Celebsfans: Where do you see yourself in a few years?

Yan Li: A a Chinese, I have a multi-culture background. So, I’m dedicating myself in international co-production, especially bridging the Chinese movie industry with Hollywood. Movie is a medium to tell story, but also a platform for cultural education. In addition, I will make more films especially for online streaming, since movie is a way for entertaining, we filmmakers should make our works easily accessible to the audiences.

Celebsfans: What has been the hardest part of your career?

Yan Li: Still, my Chinese cultural is actually a double-edge sword, I was educated in Chinese traditional ways for 20 years. When I first started my career in Hollywood, sometimes I looked on things different from American people, it was culture thing. For example, American people express “beauty” more directly than Chinese, since we always use side reflects to imply something is beautiful. 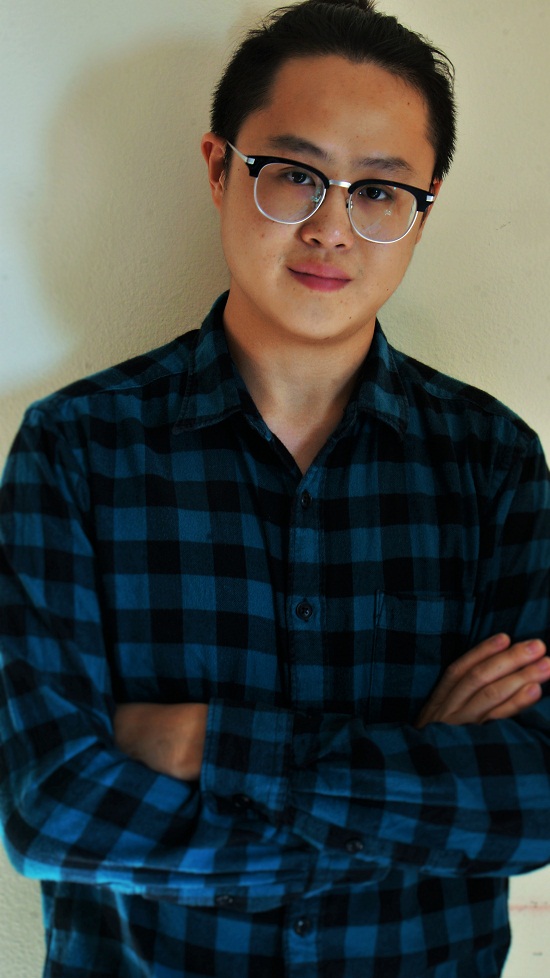 Celebsfans: Who are directors you look up to/are inspired by?

Yan Li: There are two people that influence me a lot from different aspects, director Louis Malle and producer Harvey Weinstein. I think that being a director, one should like Louise Malle, an authority in Nouvelle Vague, who always put “distinctive personal style” and “realism” at the first place. Yan endeavored to coherent his own movie with these two criteria. He insists that good movie doesn’t mean huge budget and high-tech; While using long shot to reflect characters’ mental conflict and status is always more effective than making the roles and the scene dramatic. Another one is the famous producer Harvey Weinstein. My favorite movie of his is “Cinema Paradiso”. The theatre version is only 123min, while the director cut is as long as 173min. This 50 minutes shot was cut by himself, and that time difference showed how sophisticated Harvey was. As we all know, Harvey made “Cinema Paradiso” the biggest winner in 1990 among all the American film festivals. I think it was not only Harvey’s abundant capital and connections, but also his unique perspective of movies, and his constantly discovering potential directors and scripts that made him a successful producer. Another shining point of Harvey is that he has his own production company Miramax Films, which dedicates to produce and distribute independent films. The films from this company are all high quality, even though, he is faced with the six major Hollywood movie studios. In my opinion, A producer is never a benefit driven business, but a person who can understand his own style of movies.

Celebsfans: Any advice for aspiring filmmakers?

Celebsfans: What would you say to someone about to make their first film ?

Yan Li: For your first film, don’t consider too much about what film festival you want to get into, or what awards you are admiring for, just tell a good story, in a simple way. Making film is a process of creating a story, if you make up a story you have zero experience of it, the characters would be hallowing and unreal.

Celebsfans: Are you active on social media? What’s the best way to follow you online?

An Exclusive Interview with Aleksander Boudin

Recently, I have had the pleasure of sitting down for an interview with Aleksander Boudin, an international straight male companion. How are you Aleksander and can you tell us about yourself? I am doing great, thank you. I was born in 1986 (Paris, France) by French/Slovenian parents though, at an early age, my family decided […]

Celebrity fragrances are, almost to a bedazzled bottle, foul. Sitting on a spectrum between car air fresheners and lighter fuel, they’re cheap, uncheerful, and prove that having millions of Instagram followers doesn’t automatically translate to a nuanced nose. But one notable exception is the ever-fragrant David Beckham. His scents have always been as kind to […]