Sam Rochford (pronounced ROTCH-ford) is a 25 year old Connecticut native now living in Nashville where she was formerly an on-air correspondent for 650 AM WSM’s “Nashville Today” show hosted by Devon O’Day. Prior to moving to Nashville, she was the host of “Markov Music” on Boston’s popular internet radio station, WEMF. Sam has been publishing videos to YouTube and Facebook for the last 5 years, garnering a dedicated following for her musicianship, and quirky personality.

Sam draws on influences from modern Americana artists like Amanda Shires and the Mountain Goats, as well as paying tribute to classic greats like Bob Dylan and Patsy Cline. She writes songs prolifically and performs all over Nashville in writer’s rounds.

Q: First of all tell us about the start of your professional career?

I’ve been playing and writing music for 5 or 6 years just for fun. I played a lot in Boston and Connecticut when I lived in the North East, and released a ton of demos and covers onto YouTube in that time, gaining a pretty enthusiastic online fanbase. I released my first “professional” song to iTunes and other streaming services in March. The song I chose to release is called “So Easy” and it’s a song I wrote for my little sister’s wedding. I originally intended to just play it for the people at the wedding, but I felt so good about the song I wanted to put it in front of a larger audience. 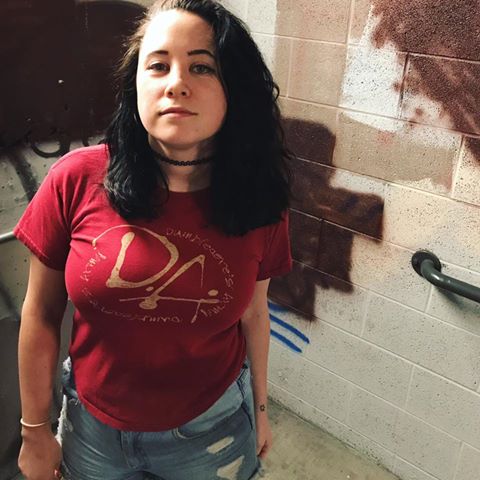 Q: What advice would you give to beginners who are nervous?
I would say that you shouldn’t be afraid to be bad at something. When you get into writing music, it’s because you have good taste. But nobody’s level of talent matches their taste in the beginning. It’s easy to get discouraged when you’re listening to your favorite artist who’s mastered their craft and you’re just starting out. But everyone who’s a great instrumentalist, writer, or musician started out sucking. Writing something bad is the first step towards writing something you’re proud of. You have to put in a lot of hours and a lot of bad songs before you get to that point.

It’s a lot of both! I’ve only professionally released one song and I was excited because I was really proud of the song and the music video that I’d put a lot of time, energy, and money into. I was also stressed out because I cared about it so much I really wanted people to like it, and I had this fear that nobody would listen to it. I’m in the planning stages of releasing an EP and I’m feeling that same mix of excitement and stress. I’m trying to circumvent the stress by being very deliberate in my planning and making sure I can stand proudly behind every aspect of what I’m about to release.

It depends on the song! Sometimes ideas will come to me very quickly, and sometimes songs take a couple days to nail down. “So Easy” was pretty difficult to write. I knew I wanted to write a song for my sister’s wedding, but the first couple drafts came out way too cheesy. I was stuck in this “wedding” mindset, so the first couple drafts were too contrived and didn’t reflect my real experience of love. Once I changed my mindset, and tried to write about really accepting someone flaws and all, the songwriting really flowed.

Q: What’s your motto or the advice you live by?
I don’t know that I have a motto, but the guiding principle that I try to treat everyone else the way I want to be treated.

I just want to be able to support myself and my family off my creative process, and be happy! I don’t have an interest in being famous, though I understand a certain level of notoriety is necessary to be successful. I’m just less interested in attention from fans than I am just connecting with people over the art.

The last performance I had in Boston was pretty memorable. I was about to move to Nashville, and everyone knew it was my last hometown show for a while, so a lot of people showed up. People were singing along and dancing. It was just a really special night.

You can find links to all my social media on my website! www.samrochford.com

: A victim of absentee parents, Anastasia has grown up not knowing where her meals would come from, sleepless nights alone in the home, and suffered the bullying often times encountered as children grow up. Recognizing her pain and empathizing with others in the similar situations, her approach to life has been to help the […]

Let’s Meet the Author of “The Last Bite” Melissa Pombo

Recently, We’ve had the pleasure of sitting down for an interview with Melissa Pombo, Author of ” The Last Bite “ Celebs Fans Team: First, tell us about the start of your professional career?Melissa Pombo: I began writing “The Last Bite” in 2007. I wrote it and then re-wrote it more times than I can […]

Our Resent Conversation With Lamar Rice

Meet Lamar Rice, (aka @likelamar on Instagram)  a student at Kent State University and a fashion stylist who we think will be the next upcoming face of streetwear fashion and also who you’ll likely be hearing a lot more about in the next year or two. To learn more, we sat down with Lamar to […]