Ed Roman is an Award-winning singer/songwriter, performer and multi-instrumentalist from Shelburne, Ontario, Canada.  Blurring the lines between pop, rock, folk, and country music genres, Ed’s uniquely crafted songs have received regular rotation on more than 100 terrestrial radio stations across North America and more than 400 stations, worldwide.  Ed is a 2014 Artists Music Guild Award Nominee, a 2014 International Music and Entertainment Association Award Winner, a two-time 2015 IMEA Award nominee, a 2015 and 2016 Josie Show Awards winner, an Akademia Awards Winner, and a two-time Indie Music Channel Award winner. Ed has performed at the Red Gorilla Music Fest during SXSW, The Millennium Music Conference, and SS Cape May, and he has toured both New York City and Philly.

Recently, this Top 100 MTV.com and #1 Reverbnation artist traveled to Jamaica to deliver much-needed humanitarian aid to the island, while shooting the music video for “Jamaica.” Ed is also a Heart Songs for Veterans artist, donating money to help veterans with his single and Top 10 Yallwire.com video,, “Lay One Down.” His last album, Letters From High Latitudes (an homage to his Ontario home) was a critically-acclaimed vehicle for Ed’s socio-political, earthly-conscious and globally-aware messages.  This earthy, funky and magical mix of music has earned Ed Roman airplay chart recognition and won over legions of fans around the world, known as “Ed Heads.” Now, Ed has returned with a brand new album, Red Omen, produced with renowned producer, Michael Jack.  The album, featuring the first single and video, I Am Love, was released June 7, 2016. Follow up single and video, “The Way She Goes” was released in November 2016.  www.edroman.net

Ed Roman. I guess one must define what it means to be professional and in many cases it means getting paid for what you do. Like many musicians we aspire to do so much and one of those things is the pursuit of higher learning and knowledge in university and college. This gave me some of my first opportunities for paid work. Weddings, bar mitzvahs, anniversaries and just about every kind of cocktail party you can think of. Right around the same time the band I was in was with a well-established management company and we were playing many universities colleges and large concert halls opening for bigger acts all around Canada. This all happened for me in my late teens early 20s…

Q:  What advice would you give to beginners who are nervous?

Ed Roman. Always be yourself.

Many artisans can lose themselves in so many of the eccentricities that are involved in performance. The most important thing is to relax and enjoy yourself. If something will go wrong it will and you’ll get around it. When we listen to music everything that encompasses what it is, pulls us into other realms of thinking, imagination, empowerment, fantasy and so many other things. It is important when performing music to allow it the same distinct pleasure for yourself in the moment. This is what translates the relaxed behaviour and intense enthusiasm not only for the player but the audience. The rest is a tide of joy.. 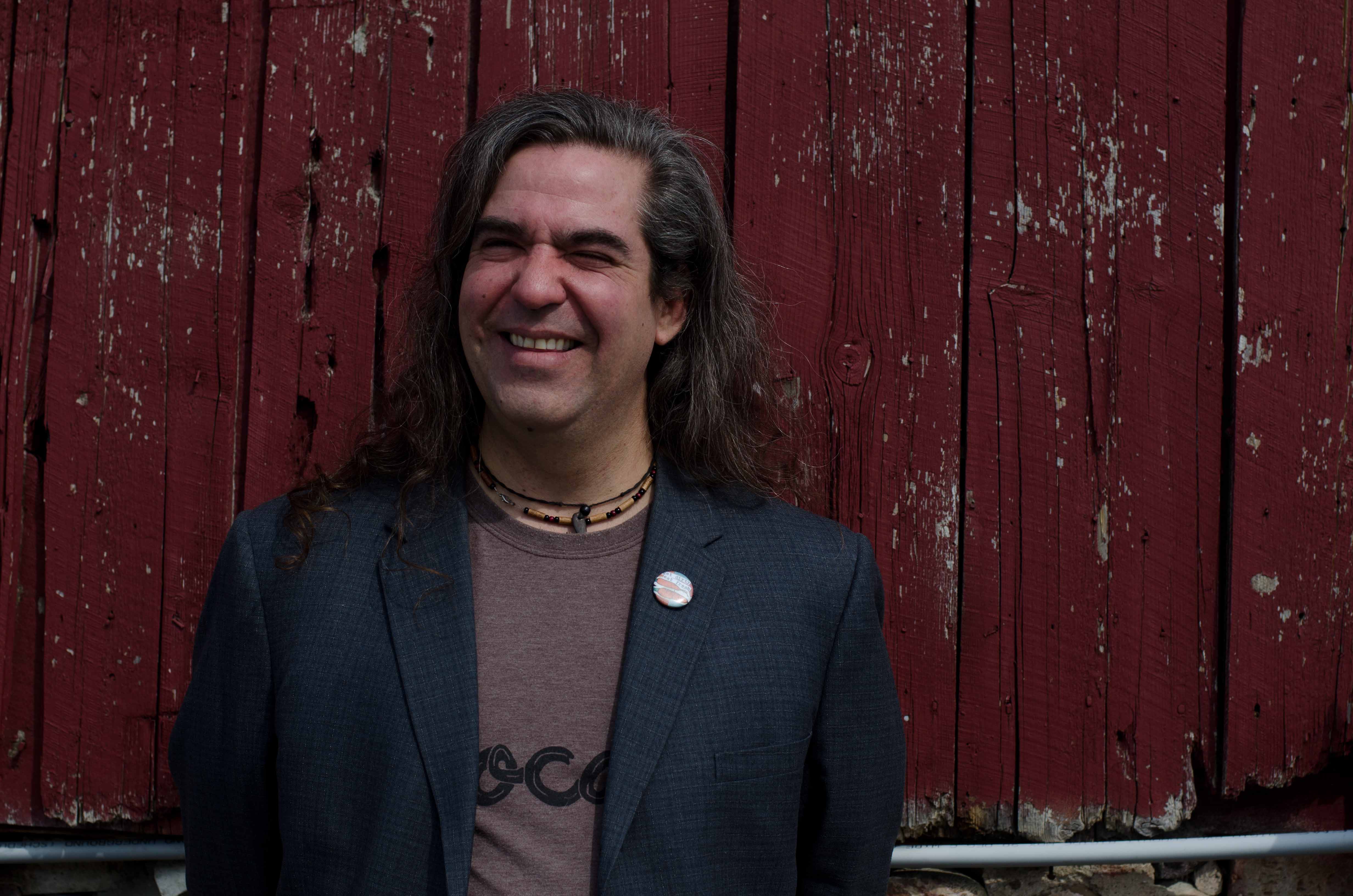 Ed Roman. Only time will tell…..

The most important thing is that you keep writing and reacting to the emotions that you’re having as a result of the life experience. Songwriting can be like re-organizing a menagerie and array of ideas and concepts in order to bring about the pieces of the puzzle that create the bigger picture. As time goes by there seems to be a flow in the way that certain messages and ideas work together and independently from one another. As esoteric as that may sound this is usually the catalyst for me in recording a new album. I never find the process at all in anyway shape or form stressful. I’m very lucky to have a friend and producer like Michael Jack who understands the importance of what it means to have a positive studio experience. Michael in his own right is not only a gifted engineer and producer but has always played music from a young age. He gets it..

Ed Roman. I never try to put a time constraint and or mathematics on the writing process. Some songs take longer periods of time for certain reasons and others come very quickly. As a result the timeframe is a relevant what is important is the earnest feeling that the writer is receiving in the moment. Those seem to be the subtle pulling points that force the writer into new realms of thinking and ideas about concepts. They are marked by realization and confirmation in thinking. Sometimes they need pondering and other times they slip together almost in a serendipity like fashion. I try to never negate the process or the style in which I feel approach me.

Ed Roman. Take from life what is only essential and always give back.

Q: What is you favorite song to belt out at the bar/in the car right now?

Ed Roman… HA!!! Love the question. Get Up Stand Up.

I have been enamored for a number of years with reggae culture and its enthusiasm philosophy and life empowering messages. Lyrics in songs are more like a personal mantras that feed us in times of great reflection about the moment that we live in. Even though some messages were conveyed many years ago they sometimes have even greater relevance years after they have been spoken and sung. I am staggered at the state of the human condition and the inequality evil and anger that is going on in our mortal coil’s. This song charges my spirit and urges me to put away my fear and stand up for what I believe in. That’s the most important thing to me right now.

Ed Roman. The most important thing to me is to have the music live in front of people. Sparking and arcing in a living breathing format. There are so many incredible musicians that I love to play with and traveling the world and taking the music to people everywhere is my goal. The music that we play takes on new meaning and feeling when it is played live. I’ve been so lucky in my life to meet so many incredible musicians that it would be a shame for not only myself but them to not see this beautiful planet and share what we have. I love them all. Some are like family to me.

I’ve played in a number of large stadiums with 10 and 15,000 people… smaller clubs that hold 150…. and coffee shops that only hold about 25. When I started traveling to Jamaica most people told me not to go to Kingston and that it would be a bad experience. Little did they know that I continually travel with an acoustic guitar and am playing all of the time. Even when I was arrested I was playing in the parking lot at the police station entertaining officers with bulletproof vests and machine guns. Later the chief of police became my friend. The point being is in district 3 port royal where the average Westerner may not hang out is where I found myself. Playing Bob tunes intermingled with a few of my own amongst 150 or 200 people at one point. And extremely overwhelming and powerful experience to be able to take your guitar and have that kind of interaction with people in the moment. Looking back now it almost seems like a dream but we make our dreams come true when we decide to be heroic enough to pursue them.

Ed Roman. First off let me say thank you so kindly for letting me talk about what I do with passion and enthusiasm. It’s wonderful to be a part of your publication. Ed heads around the world thank you.

Please visit my website at www.edroman.net. You can get my social networking buttons that will take you to Instagram Twitter Facebook YouTube and links for the new album RED OMEN.. it is available on iTunes Amazon CDBaby and just about anywhere musical digital algorithms live.. everything UP.

Christine Reidhead is a Business Professor at Navajo Technical University. She is the Founder and CEO of AfrikRising Nonprofit Organization and #1 Best Selling Author! Q: First of all, tell us about the start of your professional career?  I believe my younger years cultivated my fighting spirit as I’ve had to fight my way out […]

Gideon Smith is a North Carolina based musician who began singing in rock bands in 1989.Growing up Smith spent parts of his youth in Japan, Indonesia, France and Quebec. In 1996, he formed a new group and recorded a self-titled ep distributed by doom metal label Game Two Records. Smith signed to Small Stone Records […]