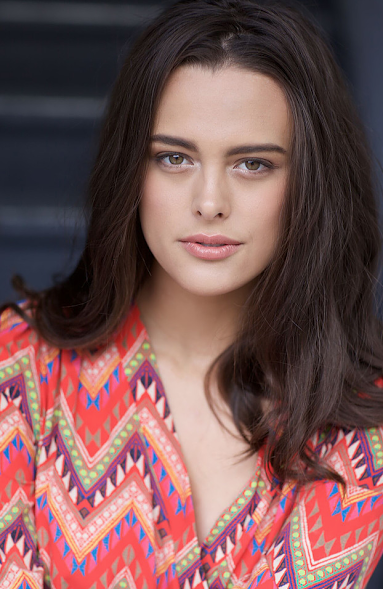 The other day I was watching Genevieve Mora in a very entertaining short film called Madeline.  After it ended I looked it up on the Internet and I was surprised to see that Genevieve also co-directed this little gem of a movie. I knew she had gone through the intensive acting courses at Lee Strasberg Theatre and Film Institute, and I knew she had had a successful modeling career in her home country of New Zealand, but I didn’t know that she was a director, too. Apparently, Ms. Mora is multi-talented.

She likes modeling but it doesn’t hold a candle to acting, according to Genevieve. She’s done plenty of stage plays and she feels that the theatre is amazing for an actor, but she loves movies and she loves acting in them. She’s played parts in tons of short films, such as Madeline, Camp-Off and Reporting Live. She’s also been the face for many commercials including those for CORT Furniture, Air New Zealand and ANZ Bank. Feature films such as the independent movie, Josh’s Lovers have allowed Genevieve to show off her abundant array of acting skills and have catapulted her into even more roles.

Genevieve loves New Zealand but the acting work is in Hollywood, she says.  When you’re in the center of the industry more jobs become accessible and since acting is what her life is all about, she knew early on that moving to L.A. was the right thing to do. Modeling was fun, she remembers, but she felt like she had to fit into a certain box. She says, you have to be a certain size to be considered and the pressure for a young girl is a lot to handle. With acting they want you to be YOU!

And yet modeling was a useful stepping-stone as the discipline and techniques of that work have helped her acting tremendously. Through her years of modeling she knows how to work with the camera, find her light, listen to directions and have fun while doing so! Genevieve is busy with her acting career and looks forward to more opportunities each day to explore new characters and new projects.

After being gifted a keyboard at the age of 11 by his father, Chris Stowe, known as NatStar, began writing and producing at an early age. Growing up with close ties to the music industry, NatStar was able to learn a lot. Influenced by artists such as Kendrick Lamar and Kanye West, undertones of jazz, […]

Is “Claire De Lune” on Your Playlist?

Minh Quan Phan is a young Vietnamese pianist and composer prepared to take his place in the music industry. He is believer that classical is for everyone. Minh Quan Phan began studying professional piano performance when he was six-teen years old at Conservatory of Ho Chi Minh City. Minh Quan seems to be next in […]