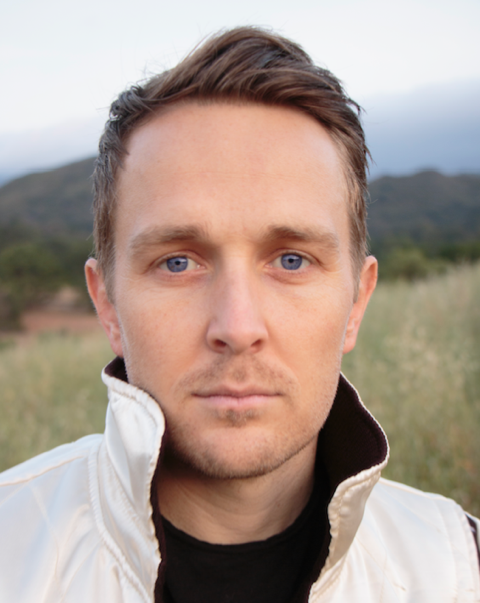 When asked what advice he would give to aspiring actors, Mark Child simply told us that being in the moment and being yourself is extremely important. He said he knows it sounds pretty cliché but each actor should always remember to just be yourself. He went on to explain that no matter what actors do or try to do they are always going to be themselves, anyway, there’s no escaping that. So, instead of constantly fighting it and trying to deny who we are, we should embrace it with our whole being. We should embrace who we are.

Good advice! Mark has been acting professionally for the last few years and has had what some might call a whirlwind ride that has brought him from living in small towns in Australia to building sets for movies and then becoming an actor in films, all the way to the National Institute of Dramatic Art (NIDA) in cosmopolitan Sydney, Australia, and then to Los Angeles, the hub of the world’s movie industry. He’s been in some amazing films along the way such as Fury, which was a big hit starring Brad Pitt, Dreamstitching, in the starring role of Charlie Stanford, directed by Michael Christian Greene and he had featured roles in Murderbook, What Now and For All Eyes Always. He also played the lead in The Turning, a film by Devi Burle.

The highly praised film Dreamstitiching, went on to win acclaim and awards at many international film festivals and that opened up some doors which ultimately enabled mark to move to Los Angeles. Since relocating to California, Mark has been busier than ever. He’s not building movie sets anymore but he’s acting constantly and when he’s not he’s going out on auditions he’s meeting with directors and producers.

He recently shot a PSA (Public Service Announcement) that was about suicide. He wrote and directed it, which was his first time to wear those two hats on a single project. The short film, which Mark considers to be one of his biggest achievements so far, sheds light on the fact that over 1 million people commit suicide each and every year. It was a project that was very close to his heart.

Mark has several scripts of his own in the works right now and one of them will begin production later this coming fall. We can’t wait to see what it is.

THE MULTI TALENTS OF ACTRESS AND PERFORMER MICHELLE NORDLANDER

We were reading about the American Academy of Dramatic Arts the other day and we didn’t realize so many professional actors actually graduated from there. Academy Award winning actor Adrien Brody, Kim Cattrall, Danny Devito, Hank Azaria and Oscar winner Anne Hathaway, among many others attended AADA. The Swedish actress Michelle Nordlander also attended that […]

“F*ckin In Love”, Getting A Nomination At The 58th Grammy Awards

Riccardo Di Benedetto is an Italian born musician, DJ, and producer known in the industry as Ricky Dechard. He is an artist scholar who has studied sound engineering and music production at Essex University, graduating with honors and recognized for his research on new music marketing methodologies. His recording credits include two 2014 EPs, titled […]