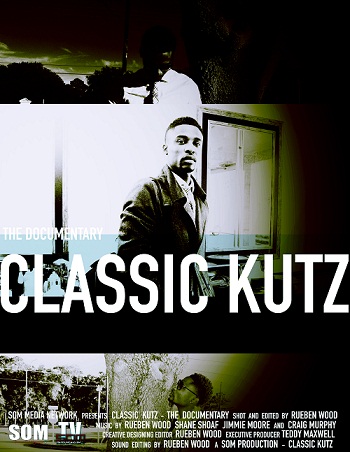 Preselected 2nd by the World International Film Festival “Classic Kutz” is slated to release at Golden Village in Singapore. The film has been picking up traction as it broke over 100,000 views for its first trailer.

The story of one barber and his journey. Coming from foster care Teddy Maxwell becomes the celebrity barber and owner of Maxwell’s Classic Kutz. This Documentary was filmed in south east Georgia’s Glynn County, the birth place of Maxwell. Produced by Celebrity Journalist Rueben Wood.

Capturing the life of one barber and struggle of Southern Georgia to say the least, explains the life of Theodore Maxwell. Brunswick, Georgia is known for once being a ship harbor, turned island community. Also The Battle Of The Bloody Marsh took place in this same small town off its shores.
Pertaining to todays urban communities of Southern Georgia, because of poverty and living standards it is hard for many to make it to a better place of living.

Classic Kutz gives clear evidence of what life has become for many, but how you can overcome it with motivation.

Classic Kutz, is more than a documentary for some it is everyday life growing up in Brunswick, GA. Depending on the area you may stay in can seriously affect the way you grow up. Teddy Maxwell, went from poverty, to foster care, to hope as you witness in Classic Kutz. There is no easy way around telling the story of many problems faced by the black communities of Georgia. The documentary will have a limited theatrical release in Georgia, New York, and Los Angeles, CA.The story of one barber and his journey.

The soundtrack was produced by Rueben Wood with songs featuring J Metro, and Relli Rok Omega. Released by The Orchard and Sony Music Entertainment the soundtrack to Classic Kutz came in at #36 on the iTop Charts for iTunes as January 24, 2015.

Chloe Ferry from Geordie Shore isn’t exactly the most graceful girl when she’s on dry land (although the former figure skater is a pro at pirouettes and spins when she’s on the ice) and is often found rolling on the floor after taking a tumble on the show. Chlo seemed to lose her balance when […]

Actor David Butler to Attend the World Premiere of HEDDA GABLER in Oslo, as part of the International Ibsen Festival, Sept 2016

David, who played the iconic role of Jorge Tesman in Matthew John’s adaptation, will be present, along with other cast members, to celebrate the World Premiere of the film during the International Ibsen Festival, Sept 8-24, in partnership with the Henrik Ibsen Museum, National Theatre and the Oslo Grand Hotel. Bristol, England – David Butler […]