Katie Hamilton has been cast on The Real Housewives of Orange County because she has a lot of drama.Her debut hasn’t even aired yet, but she is already in the news.Real Housewives Of Orange County will premiere on Bravo June 10th, but there’s already major drama about whether or not new cast member Katie Hamilton will even appear this season! And with word that her MLB husband Josh Hamilton filed for divorce 2 months ago, things are getting even trickier.The RHOC star and wife of LA Angels player and Major League Baseball MVP, Josh Hamilton, has opened up about the divorce that “blindsided” her.In a Radar Online exclusive, Katie stated that “nothing sparked” the divorce.  According to her, there was no infidelity and no “big fight.”In fact, when Josh initiated the breakup, she was surprised.  And according to her statement, she isn’t ready to let go.“I’ve always stood by him and I’ll always stand by him,” she said. “I support and love him now and down the road.”After Katie denied the petition, the couple agreed not to communicate for the remainder of the divorce case. 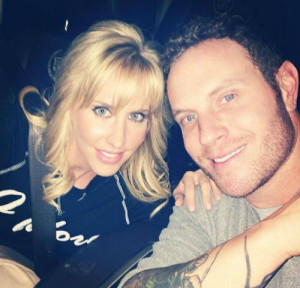 Aamir Khan: My Mother, Wife Worried About My Health

Bollywood superstar Aamir Khan goes to any length to fit the character for his films and his upcoming film Dangal is no exception. According to India Today, the actor was required to gain 95kgs for his role as a wrestler, which has his mother and wife extremely concerned.   The actor has now gained weight to […]

At the Cannes International Film Festival Mallika Sherawat has also made regular appearances . Seen here is Mallika at the Cannes Red Carpet this year, all set to attend the premier of ‘Mad Max : Fury Road Mallika is wearing a Alexis Mabille creation. Mallika tweeted the picture saying, At the red carpet, thank you @Boucheron […]

Bollywood the world where women glamor shines with the beauty and there is huge endorsement offers that are available for the actresses. Bollywood actresses are as promising and lovable as are of Hollywood. Their talent and professionalism, in addition to the spell of their beauty, are some of the factors we love these female celebrities […]